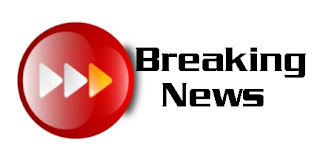 In the midst of one of the bloodiest incidents in American history, and during one of the largest manhunts-- ever, Boston Police managed to keep the media updated.  If the media knows what's going on, you know what's going on.  Social media and the internet transmit false information at the speed of light.  It's nice to know someone has it figured out.  Police departments and criminal justice students need to study the Boston model to see how to do it the right way.

Speaking of the right way, CNN and FOX learned it's better to be late and right than first and wrong.  Both got burned on bad reports of a mid week suspect capture.  Both made nice comebacks.

Whatever NBC is paying Pete Williams, it isn't enough.  The same goes for Kerry Sanders.

How did ABC let Don Dahler get away?

CBS pulled off a coup Friday morning by having Rudy Giuliani, former Boston Police Commissioner Bill Bratton and reporter John Miller at the same desk at the same time.  I could have listened to those three for hours.  You know what Giuliani has been through.  Bratton, obviously, knows Boston like the back of his hand.  Miller's worked for the New York and Los Angeles police departments, plus the FBI  He knows cop work, the law, and broadcasting.

If you want to make money, invest in companies that make security cameras and surveillance systems.  I can see a lot of cities and private businesses upgrading their gear.  Surveillance cameras helped crack the case, and we have to get used to the thought that our every movement, in every public place, will be on camera.

We saw the images over and over and over again.  Too much?  Too bloody?  I know you had to show the horror at the beginning, but I though the carnage video went on too long.

The capture of the second suspect provided some of the most compelling television in years.
AT 12:00 AM