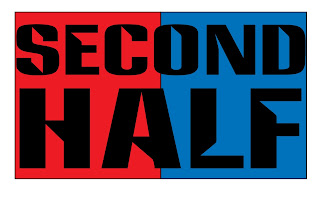 The second half of the major league baseball season is barely underway, so it seems to be as good a time as any to express a few thoughts...

Dodgers fans wanted manager Don Mattingly fired a few months ago.  He now has the team close to first place.

It looks like a big group of players is about to be suspended for using performance enhancing drugs.  I applaud MLB for attempting to get a handle on the problem.  On the other hand, it looks like cheating will forever be a part of the sport.

It happens during every All Star break-- people whine and complain about Pete Rose's ban from baseball and the Hall of Fame.  Too bad.  He stained the game, as a former commissioner said.  Yes, his crimes took place as a manager, not a player.  I'm still against Rose's election to the HoF.  It's the Hall of Fame, not the Hall of Numbers.  Character matters.  On top of that, Rose didn't come clean until he had a book to sell.  No Rose in the HoF.  Never.  Ever.

On the AAA level, the Scranton/Wilkes-Barre RailRiders are clearly not a playoff caliber team, but that's okay.  Winning isn't the name of the game.  Player development is.  What's surprising?  Despite a new stadium and home games featuring Alex Rodriguez and Derek Jeter, the RailRiders are still in the bottom half of the league when it comes to attendance.  Guys, you need more than a porcupine mascot.
AT 12:00 AM