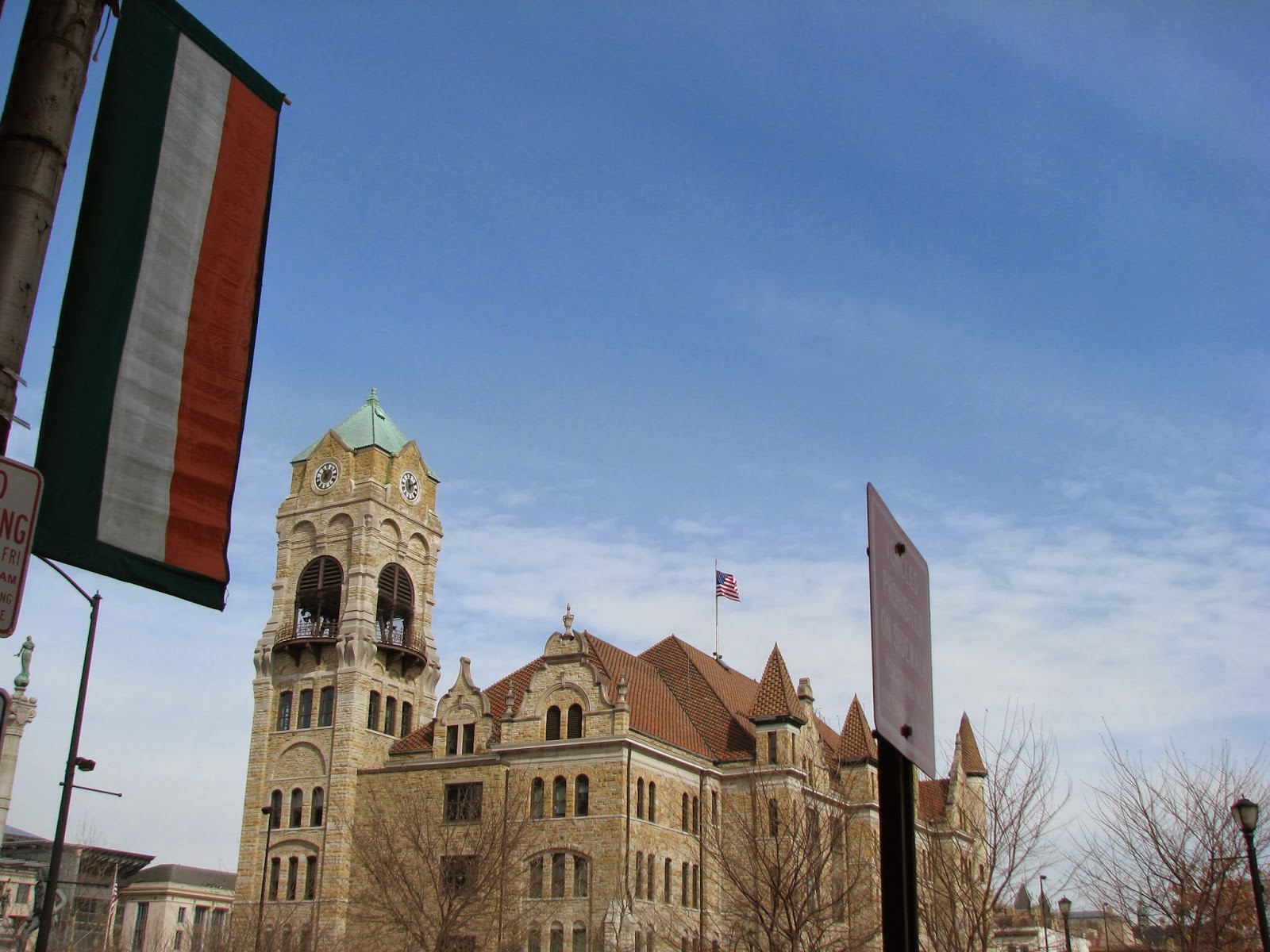 Scranton's Saint Patrick's Parade will be held today, a tradition that began way back in 1962.

In recent years, the parade has been known for its excesses rather than its celebration of Irish heritage and culture.  It's unfortunate, and the problems remain, in spite of efforts to control the violators.

Above, a recent photo of an Irish banner, near the Lackawanna County Courthouse.  This shot is from the Spruce Street side.
AT 12:00 AM