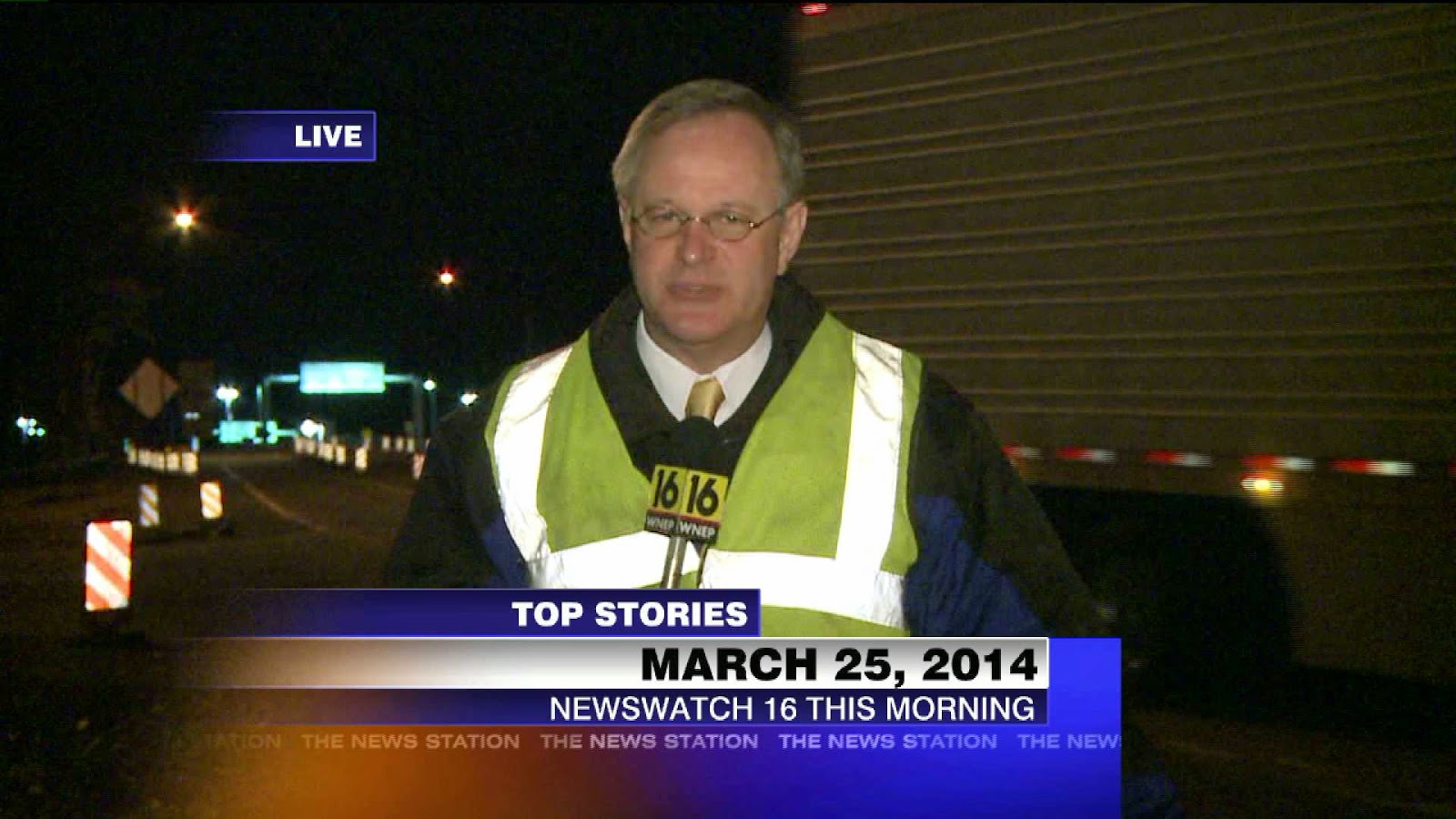 Occasionally, things come up on-air, as a joke, and they require further explanation.  This is one of those cases.

My Tuesday morning story was a big change in the traffic flow on Interstate 81 at Avoca.  Penndot has hired a contractor to get rid of traditional exits, and replace them with traffic circles, which everyone hates.  The Tuesday angle was the closing of two ramps, one north and one south, and combining them into one exit.  The actual roundabouts are still months away.  The work also involves an extended road called Navy Way, plus wider bridges.  It started last summer and will be finished in the fall of 2015.  This cost $ 42 million of your taxpayer dollars.

Anyway, we were close enough to the highway Tuesday morning to wear yellow reflective safety vests.  It's a station regulation, and there are at least two vests in every WNEP vehicle.  They might look a little silly, but safety comes first.  It was dark, and while I was well out of the flow of traffic, I Velcro-ed up.

Joe Snedeker had a little bit of fun at my expense Tuesday morning, and that's okay.  I will admit that I looked a bit odd and out of place, but I was just following the rules.
AT 12:00 AM