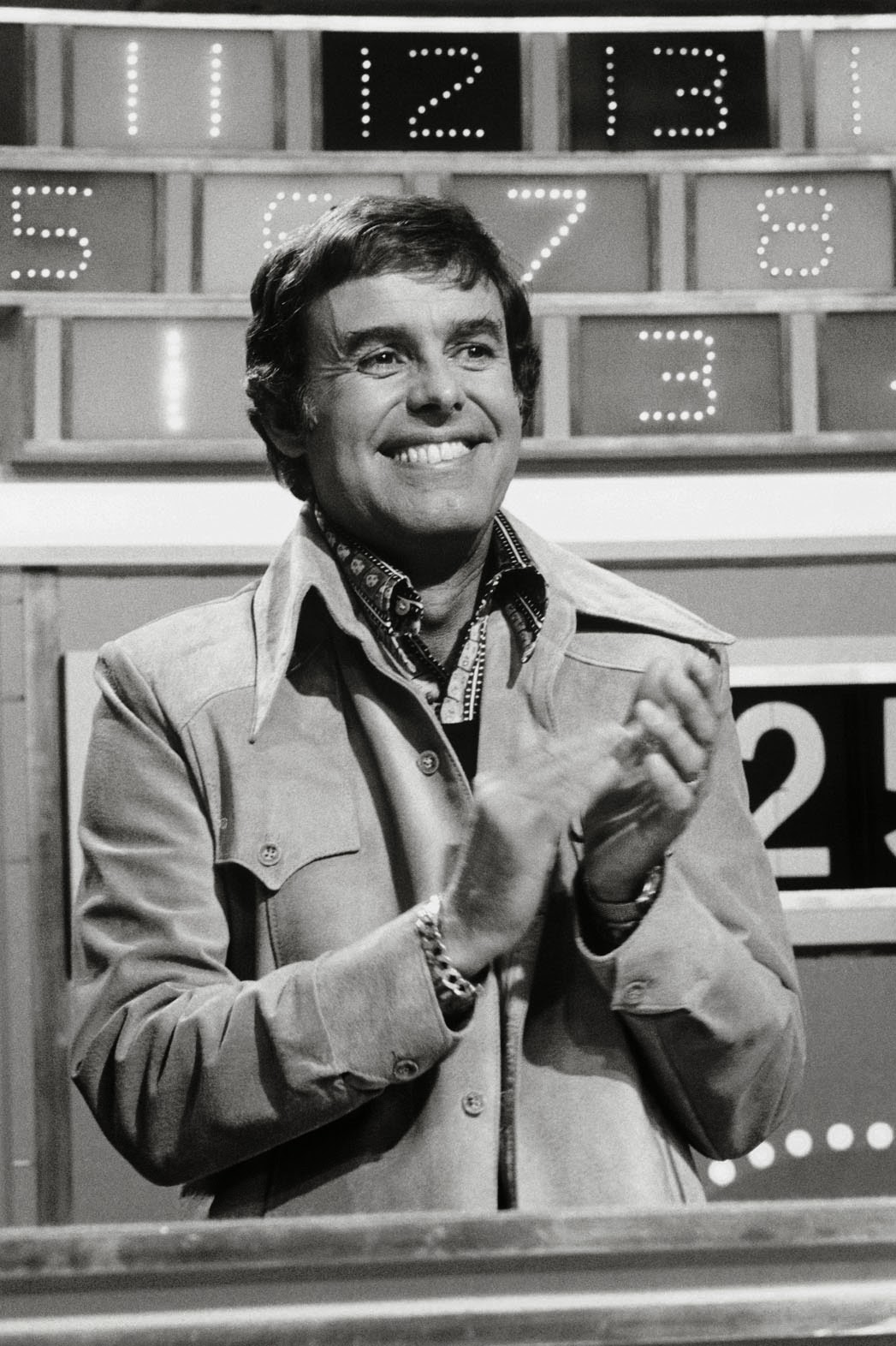 Edwards will never be on the list of greats, but he did a good job with what he was given.  On "Jackpot!," it was an unruly and oddly formatted show where 16 contestants played for an entire week, and it was exceptionally difficult to win the really big money.  Edwards was part of the "new breed" movement at NBC.  It was the mid 70's and he rarely wore a tie.

Geoff Edwards wore a tuxedo on "Treasure Hunt."  I read where it was a tough show to host.  There were dozens of different scenarios, based on the box chosen by the contestant.

He was a fixture on Los Angeles radio, and in an odd bit of trivia, Edwards' station sent him to Dallas after the Kennedy assassination, and he witnessed Jack Ruby shooting Lee Harvey Oswald.

FOX Sports has chosen Harold Reynolds and Tom Verducci as Tim McCarver's replacement in the baseball booth this season.  It hasn't been widely talked about, but most of the Saturday afternoon games migrate over to FOX Sports 1 cable channel.  Pardon me a geezer moment, but I remembered when the NBC Saturday afternoon Game of the Week was a really big deal and appointment viewing.  CBS killed it when it got the baseball contract in 1990.  FOX brought it back for a while.  Now, the games go to cable because the broadcast network is only interested in the post season.

I continue to be impressed by the network reporting from Ukraine, especially Holly Williams on CBS.

Does it seem like CNN is reinventing itself every other week?  Advice:  drop the gimmicks, do the news.