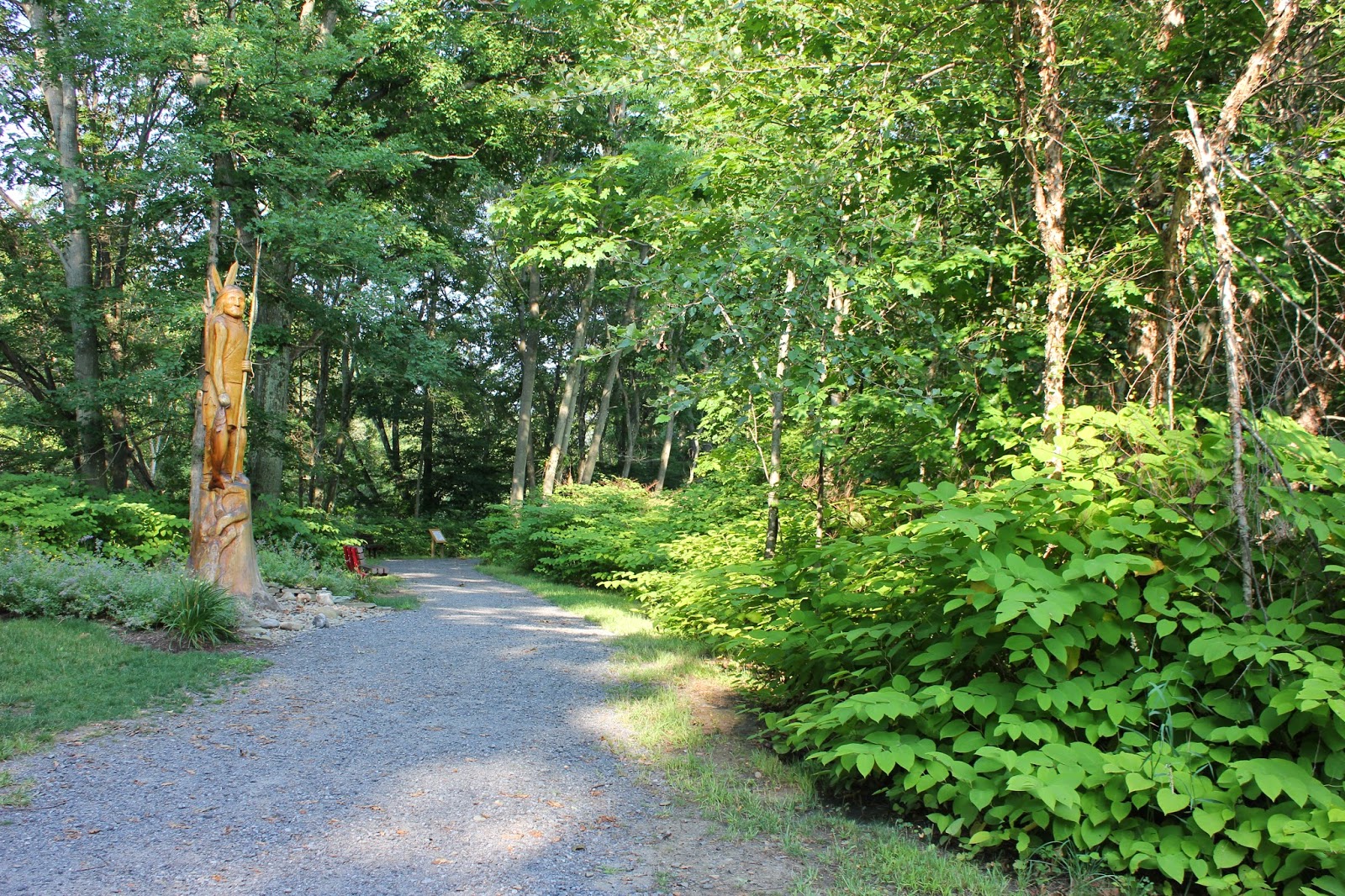 The photo is mine, but the idea came from Frank Dutton's blog.  In case you're not familiar with it, Frank photographs local attractions, especially trains.

Anyway, the carved wooden Indian is along the Lackawanna River Heritage Trail, between Elm Street in Scranton and Depot Street in Taylor.  It's closest to the Taylor end.  Frank recently featured the Indian in his blog, and I had to hike out there to see it for myself.  It's an impressive piece of work.

I took a few other photographs out there, and I'll share those, along with some thoughts, in an upcoming weekend.