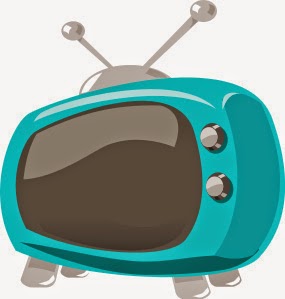 I worked at WARM from April of 1981 to September of 1991.  For the most part, it was a great time, and I value my years there.  It's still a kick when someone walks up to me and remembers my radio era.

By the late 1980's, I was becoming a bit restless and started looking for new opportunities.  I don't remember how it came about, but I landed an audition for a reporter's job at the old TV 22.  I'm guessing the year was 87 or 88.  It might have been as late as 89, and it was right around this time of year.  The reason I remember is because my audition story was my all time favorite of deer season.

I was sent out with reporter Joan Murray, and the chief photographer, Jim Keenan.  Joan is now working for the CBS station in Miami.  She was great, helping me with the construction and writing of the piece.

Jimmy was also fantastic.  He took as much care with the shooting and editing as he would have if the story was being done by one of the station's real employees.  It came out a lot better than my talents at the time reflected.  Jimmy, also known as "The Chief," retired several years ago.

My audition story was ok.  Just ok.  Not great.  No one's fault but my own.  My performance was rather stiff and wooden.  Deer season was not in my comfort zone.  I've since learned a great deal about the activity-- television and deer.  One of the producers liked it, and wanted to air it.  However, my radio bosses at the time wouldn't have been thrilled with that.  The tape was likely trashed shortly after the news director at the time viewed it.  I didn't get the job.

One of my team of physicians and specialists wanted some routine blood work.  No cause for alarm.  I'm fine.  I walked into a lab in Dunmore yesterday morning, and who was sitting in the waiting room?  The great Jimmy Keenan.  It was one instance where I didn't mind the lab was running slow and there were several people ahead of me.  It gave Jimmy and I time to catch up.  I've always said, the photographers were the ones who really showed me how to do TV, and I owe so many of them so much.  Jimmy never failed to go above and beyond the call for me-- when I auditioned, and when I later hooked on at the station, part time in March 1990 and full time in September of 1991.

My Monday story for Newswatch 16 was deer season.  Jimmy saw it and jokingly said yesterday "25 years later, and you're still doing deer stories!"  He remembered chapter and verse of audition day, even though it was eons ago.

Yes, I'm still doing deer stories.  The Monday WNEP story was well done, even if I do say so myself.  Photographer Corey did a great job with it.

However, few stories mean more to me than the one on deer season, a long,long time ago, that never aired.
AT 12:00 AM