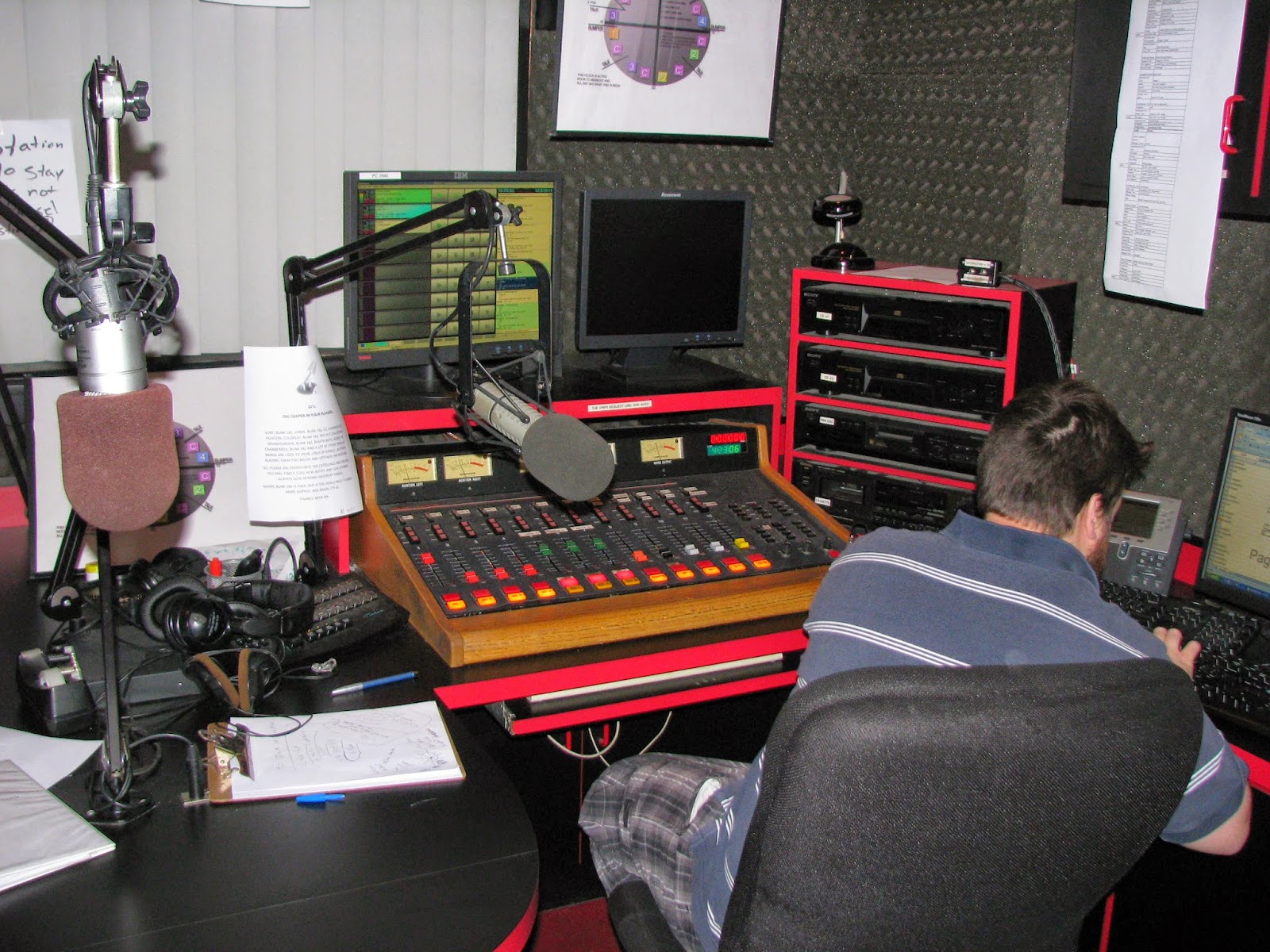 My yearly Marywood Christmas tree lighting visits are more than a trip to the rotunda.  I like to wander about campus and reminisce.

The trip traditionally begins with a stop by the sleepiest student center and book store on the planet, and that's not necessarily a bad thing.

My next stop is usually the library and the radio station in its basement, WVMW.

In the past, I've railed about the excessive use of voice tracking and automation here.  WVMW should be training broadcasters, not computer programmers.  Open up the mic.  Live.  Learn your craft.

What to my wondering eyes should appear, at 3 PM on a Wednesday?  A live body behind the mic!  Matt and I had a short chat about the business.  He seemed like a nice kid, interested in both radio and music.  He'll go far.

The floor plan for the new building is on the internet.  It looks like they'll have as much space, if not a little more, in the new building.  However, Marywood is missing a golden opportunity to show off an asset other colleges and universities would kill for-- a 2,000 watt radio station with a good reputation and a loyal following.  Why hide it in the basement?  The radio station can be a focal point, a show piece, the heart of a vibrant and active university community.

It pains me that WVMW was MIA during the recent flag protest controversy.  Radio has unmatched immediacy.

Remember that VWM stands for Voice of MaryWood.  Maybe it's hard to see and be heard from the basement.
AT 12:00 AM