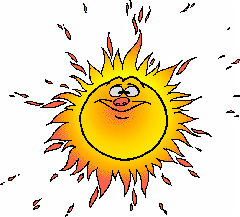 I do not publicly complain about my job.  As those in organized crime say, "This is the life we have chosen."  Also, we have the greatest jobs in the world.  We're the first to know things.  We have the opportunity to go to places and meet people that others don't have.

However, the job does have its challenges.  "Inside" stuff generates blog hits, so here we go.

Let's take you back to Tuesday morning, and that huge water main break in Kingston.

It was one of the hottest days of summer, and fluid intake is vital.  But, when you're in an area without working toilets, it presents issues.  I usually have a bottle of diet cola close at hand.  It was tiny sips rather than slugs, and I made it through the morning, without having to run for "cover" behind a bush.

Moving up a bit, my top button was done and my tie neatly knotted.  A friend noticed I looked  uncomfortable.  Heck, it was sunny and 90.  She texted me with the message "Pants are for losers."  It cracked me up, and it created a nice moment of relief during a difficult day.