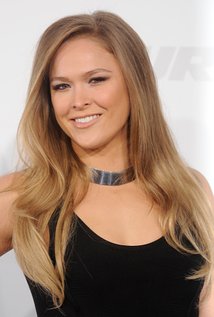 It takes a lot to get me to feel sorry for Ronda Rousey.  She's gorgeous, with a killer body.  A world class fighter, and I'm fairly certain her bank account is a tad larger than mine.

But you know what, I actually pitied the woman this week.

In a teary interview on Ellen, Rousey admitted to a quick contemplation of suicide after she lost a bruising fight with Holly Holm, in November.  Oddly enough, I watched the clip, on a news show, while at the gym.

Rousey fell in to a trap that's ensnared a lot of us over the years.  She let her job define her.  Rousey feared that no one would be interested in her if she lost her fighting championship.

As hard as you try to avoid it, it does happen.  You become your job.  Your job becomes you.  It's tough to tell where one begins and the other ends.

To back up two decades, there was a span where I lost three jobs in two years.  Two were economic.  The third was making a stunningly stupid choice in places to work.  It wasn't a good fit.  I wasn't happy about being out of a job, but leaving that stifling, soul crushing, mentally draining, stomach acid producing, toxic, nightmare inducing atmosphere was actually a relief.

I've said it here before.  One of the hardest things I've ever had to do was walk into a state office and sign up for unemployment compensation.  It was humiliating, and I felt like the biggest failure in the world.  I let myself down.  I let down my family and friends.  Unemployment compensation is no gift.  I paid in to the system.  I deserved to get some help when I needed it.

The whole out of work things does change you.  Even though it was a long time ago, some insecurity is always there.  I've become ultra sensitive when it comes to issues affecting jobs and the unemployed.  I'm always calling or writing friends when I learn of something that could benefit them, help them move up and on.  It's a major kick when I can play even a tiny role in helping someone do better.

I was lucky.  Things eventually worked out.  I've had a great job for a long time, and I hope I can keep it a while longer.

The experience made me wiser, and when Ronda Rousey takes the time to think about the past several months, I think she'll realize she too is smarter than she used to be.
AT 12:00 AM