One Leg At a Time 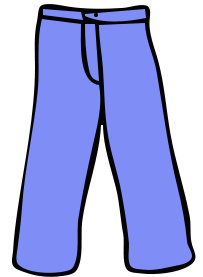 You knew it had to happen sooner or later.

I have news for Mr. Rubio.  The media is no different from the general public.  Our pants go on one leg at a time, just like yours.  We all have the same goal of wanting the best candidate to win.

There is disagreement over the identity of the best candidate.  I know many in the biz who still haven't made a choice.

I never did buy the "liberal media" thing.  Yes, there are a lot of liberals in American newsrooms.  There are also a lot of conservatives.  Most, as I like to put it, choose their issues a la carte.  Liberal on some issues, conservative on others.  I'd venture to say most are moderates.

The bottom line on this is to avoid the labels.

If and when we do choose candidates, it's in the privacy of the voting booth, and we take great care to prevent biased reporting.
AT 12:00 AM