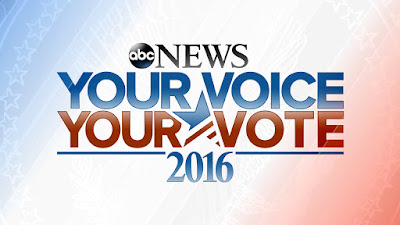 Iowa caucuses tonight.  Presidential campaigns will be on the road to success or ruin, based on one small state, on one cold winter night.

Fates will be sealed in eight days, when New Hampshire goes to the polls.

It's a refrain we hear every four years.  Two tiny states have far too much influence over the process, and it's a valid argument.

A national primary, or even a series of regional primaries every four years seems to make more sense, be more fair.

However, this country was built on states' rights, and this is clearly an example of that.

Regardless, that's our current system.  It's not a surprise.  Candidates have to work in that framework, and the rest of us will deal with the fallout.

The Pennsylvania primary is April 26.  Ed Rendell, when he was governor, wanted to move it up so Pennsylvanians would have a louder voice in the process.  Tell someone in Potter County they could be voting in a snow storm in February or March.  It wasn't feasible, and the proposal went nowhere.

Perhaps the solution is for an end to the super early voting and get everyone on the same page, a later page.

Ted Cruz is stronger than I thought.

Marco Rubio is on the "almost breaking through" list.  I still think he'll be the vice presidential nominee.  John Kasich would also be a solid second.

Even though they are very different people, I thought Rand Paul would inherit some good will from his father's followers.

I always felt Bush would struggle, but I didn't think he's be so far back in the pack.

A 74 year socialist has such a strong following.

I do enjoy watching the networks go whole hog on Iowa coverage-- building sets, dragging out the big anchors, tons of graphics, interviewing every candidate and citizen who moves.

It will be a fascinating day and night-- and it will all be picked apart tomorrow.