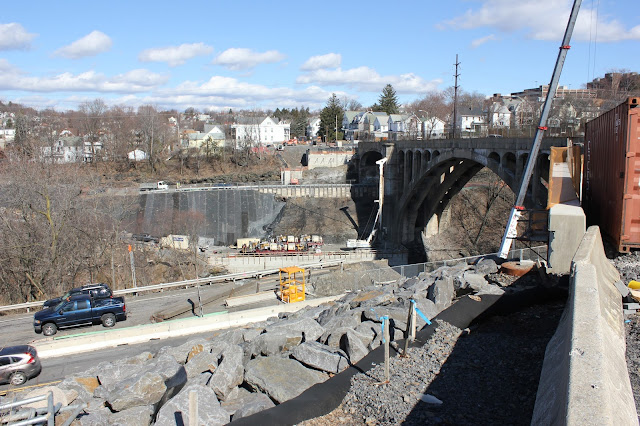 Tomorrow, something old.  Today, it's something new.

A new Harrison Avenue Bridge is going up in Scranton.

So many mixed feelings on this one.  The old one was beautiful, but structurally deficient.  It has to go.  People lost their homes to make way for the new one, and that always makes me sad. 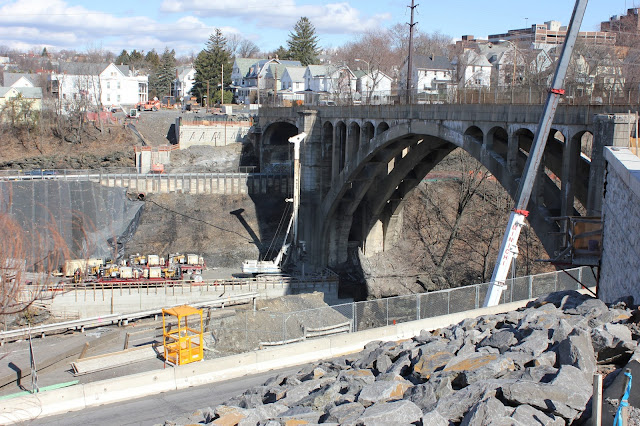 Construction has made a mess of traffic down below, on the Central Scranton Expressway, but this is a massive project, and not much could be done about that.

Price tag:  $ 20 million.  The new Harrison Avenue Bridge in Scranton is supposed to be open by July of 2017.

Plans to turn the old bridge into a "linear park" were scrapped, and that's a good idea.  The city can't maintain what it has now.  Nay Aug is just a few blocks away.  This really wasn't needed.
AT 12:00 AM