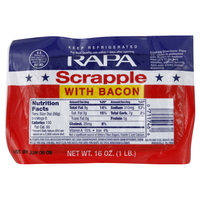 If the Academy Awards ceremony wasn't bad enough, some self indulgent celebrities used it as a platform for their political views.  NewsFlash:  It's entertainment.  People use it to escape daily drudgery.  It's not time for a lecture.

No complaints about the weather.  I've had to move snow once so far this winter, and I did that with a heavy duty push broom.

We have had some monster March snow storms.  Let's hope this year is the exception.

I'm not the first person to point this out.  LinkedIn has become another version of Facebook.  Stop that!  Stop it now!  Keep it to business.

Speaking of LinkedIn, I notice some old friends have been looking at my profile.  Don't stop there.  Drop me a line.  Let me know how you're doing.

Speaking of old friends, I'm a bad one.  An old high school friend contacted me a while back.  We played phone tag for a while.  He's careful with the calls because he knows I work and sleep odd hours.  It's my turn, and I've dropped the ball.  Sorry.  I'll check in soon.  Promise.

It seems like every charity I'm considering helping has some flaw.  It's frustrating.

I'm off tomorrow, so I intend to spend a good part of my evening watching Super Tuesday election returns.  You know it's big when the broadcast networks give up some of their air time to the news divisions.

It seems to be water main break season.

Odd drive to work yesterday.  Two cats ran out in front of me.  Thank heaven, I was able to avoid both.