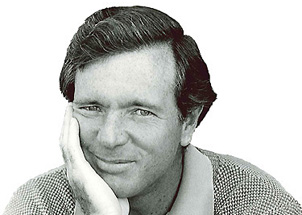 There was no doubt in my mind that Pennsylvania Senator John Heinz was going to be president one day.

He was good looking, rich, articulate, smart, and his name was in every refrigerator in the country.  The guy had charm, plus the smarts and gravitas to back it up.

I met him a few times, and always came off impressed.  There was one memorable encounter in Throop.  Sen. Heinz was there to get a look at a lead contamination problem from an old battery reclamation plant.  Some guy started yammering on about how the state failed Throop, and how the (then) Department of Environmental Protection was a mess.  Heinz politely cut the guy off, saying he is a representative of the federal government.  He had no control over what the state did.  It was not time to look back, but rather look forward and get the mess cleaned up.  Bravo!

Sen. John Heinz was made for media.  He knew how to talk in "sound bites" for radio and TV-- and still come across as knowledgeable.

The only thing that possibly could have hurt-- Heinz was a moderate Republican.  He might not have received love from all wings of the party, and that would have been a mistake.

John Heinz died 25 years ago today, when a helicopter collided with his plane, not far from Philadelphia.

I was doing morning drive time news on the radio at the time.  The crash happened after my shift.  I was part time at a TV station, and I dropped in a for a few minutes that afternoon to see what was up. There was a crew at the crash site in Lower Merion Township.

Two and a half decades have passed, and it still bothers me.  John Heinz could have been one of the great ones.
AT 12:00 AM