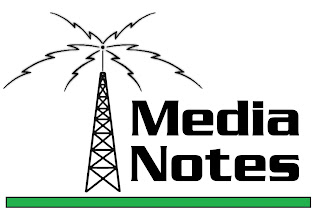 ABC is looking at a summertime Sunday night game show block, including Match Game, Family Feud, and the $ 100,000 Pyramid.  To Tell the Truth might get thrown in there.  Great idea!  Game shows are cheap to produce, and if they take off, it could spawn more prime time games, and a jump in to syndication.

Was Kelly Ripa treated badly?   Absolutely!  Should she have made a public and federal case about it?  Absolutely not!  It does show a lot about respect in the workplace, and I hope managers far and wide got the message.

ESPN canned Curt Schilling for some strange and offensive comments.  You have to understand that free speech has its limits.  If you represent a company or a brand, you have to limit what you say.

NBC appears to have hired Mike Tirico.  Don't ask me why.  He has,  what we call in the business, a "thin voice."  Sean McDonough looks to have the Monday Night Football inside track.  I'm okay with that.  I'm better than okay with that.

Former network news anchor Campbell Brown blames the media for the rise of Donald Trump.  I always say that the media reflects society.  It doesn't influence it.  People are angry.  Along comes Trump.  The man knows how to get noticed.  Unfortunately, Ms Brown never found that formula.

Listening to a rock solid all news radio station is one of the joys of life.

I was watching Sam Donaldson on an old Johnny Carson show the other night.  I marvel at the stable Roone Arledge assembled in the late 70's and 80's, and many of them were holdovers from the previous regime.  Arledge knew how to put the right person in the right place.

It's inside baseball, but I still get a rush from looking at big satellite TV trucks.  new technology means the same gear can be put in a smaller vehicle.  Some of those big trucks are still on the road, and I hope it stays that way.

I recently caught Tim McCarver on an MLB Network broadcast.  I really miss him.

For the second consecutive year, Craig Ferguson has captured the daytime Emmy for best game show host.  Celebrity Name Game is an average show, but Ferguson makes it entertaining.  I wish he hung around at the Late Late Show.
AT 12:00 AM