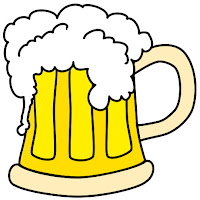 The state has taken some steps to modernize its beer and alcohol system.

The legislature passed a bill Tuesday.  The next day, the governor signed it.

Note:  I have no problem with the responsible use of alcohol.

The bill's highlights include longer hours at state stores, wine in supermarkets, beer at more mini marts and gas stations, and casino alcohol 24/7.

The governor hopes the moves add money to the state's coffers.  Maybe.  Some.  Casinos will have to pay for the 24/7 privilege.  It's not cheap.

I could be very wrong, but I always thought alcohol was one of those products where people spend X amount.  The change comes in where the money is divided and spent.  Supermarkets will see more cash.  State stores won't.  It will be interesting to see how this all plays out.

I sense this is more of a consumer convenience issue than a revenue issue.  Convenience is nice, but I never thought going to another store in the same plaza for a bottle of wine was a big deal.  But then again, I'm not a wine drinker.

To say the least, the next several months will be fascinating.
AT 12:00 AM