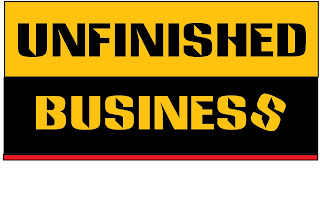 A new co-worker asked about the "Scrapple" title for potpourri blog entries.  I don't know how it came to me, but scrapple is a little bit of everything, much like a potpourri.  I can't say I've ever tried it.

I spent most of my Thursday in a hospital waiting room.  No worries.  Everything turned out OK.  Anyway, I was flipping around and watching convention coverage on CNN, MSNBC, and FOX.  I thought the daytime coverage would be fairly straightforward.   The opinion shows come on at night.  Uh uh.  There really is a difference in tone and slant.  I really should mention names, but a lot of what I was was not network caliber broadcasting and reporting.  It all looked great.  Content was a different story.

Many think too much is being made out of the Melania Trump speech plagiarism issue.  Maybe so.  It's so hard to believe such a dumb mistake can be made at such a high level.

James Corden on the CBS Late Late Show took plagiarism to a new level Wednesday morning.  He stole bits from other late night comics for his hour, including a Lettermanesque Top Ten List (including intro), Leno's Jaywalking, and Fallon's thank you notes, and Kimme3l's mean Tweets.  Corden isn't known for clever comedy, but he really hit this show out of the park.  I should Reggie Watts did a pretty good Paul Shaffer impression, and they did a good job of playing Letterman's Late Show theme rather than the usual Late Late Show theme.  I don't know if Corden got to all he teased.  I had to leave.

I recently said I was tired of summer.  Still goes.  On the other hand, I took a moonlight bike ride in the heat last week.  Shorts, tee shirt, and reflective fest.  Exquisite.  I don't wear those space age sweat wicking fabrics.  I like peeling a plain old cotton sweat soaked shirt off my body after a ride.  It smells like victory.  I will say again that heavily padded shorts have changed my life.

A vacation begins at the close of business July 26.  I look forward to more sweat.

The Roger Ailes/FOX thing bothers me.  If true, he should have known better.  He should be punished.  If not true, that's just sad.  Once a reputation is shot, rightly or wrongly, it's nearly impossible to get it back.

Cleveland looked really good this week.  I hope Philadelphia looks even better.  So much history here.  It was always one of my favorite places to visit. Turnpike toll hikes will put a dent in future trips to the land of liberty.

Family and I were hungry on the way home from the hospital, so I stopped at a near by supermarket, with a great reputation for hot and yummy take out entrees.  Maybe I caught them on a bad late afternoon.  Tolerable, but barely.  There are other chains that do it better.