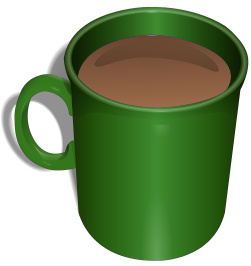 I wrote about this several years ago, and I fear the situation has gotten worse.

Let's back up a bit.  I was standing in line at Sheetz a long time ago, and I was struck by the number of high school and college kids buying super caffeinated drinks-- giant coffees, 5 Hour Energy, Red Bull, Rock Star...

I did a story at a high school the other day, and a lot of students were walking around with something caffeinated in their hands.

I'm not here to judge.  I was hooked on 5 Hour Energy for a while.  I haven't had one in several months.  I've also weaned myself from Berocca.  However, if you cut me, I bleed Diet Pepsi, and there's one at my side as I write this.

No one understands "tired" more than I.  I've chosen to remain on overnights and early mornings.  I'm not complaining and I'm not looking for your sympathy.

I am concerned about young people guzzling this stuff.

I don't think the problem is forcing young people to get up early.  The issue is at the other end of the clock-- staying up too late.  I think we're trying to pack too much into their days.

I'm very happy I never got into the coffee habit.  The stuff is horribly overpriced.  I marvel at the business Starbucks, Dunkin' Donuts and other high end places do.  I've noticed several Dunkin' outlets here in our area have given up on 24 hour operation.  What's up with that?  I do enjoy an occasional pastry or bagel, maybe an iced tea.  Dunkin's been dark.
AT 12:00 AM