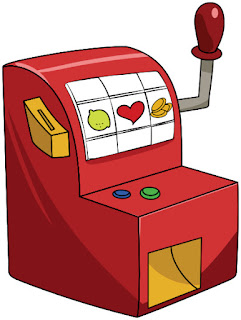 I was there at the beginning.

The casino at Mohegan Sun Pocono celebrated its 10th anniversary back on November 14th.

I remember standing in a chilly drizzle, with thousands of other people, as Lieutenant Governor Catherine Baker Knoll's grand opening remarks went on way too long.  I was working.  The others were waiting to gamble.

There have been several visits over the years.  Some for stories.   Some has been to spend a few dollars and do a little people watching.  My visits are usually the same-- a few dollars in a slot machine.  I cash out when I break even or come close enough.  I've never won big.  I've never participated in the table games.  They intimidate me.

The casino is a fascinating place.  Management seems to have it running like a well oiled machine.  there is always someone watching you, either in person or on camera.

Our friends at the Times~Tribune did a good story on the casino's impact on the Plains Township area.  Some whined.  Some said it's a good thing.   Some people quoted had credibility.  Others did not.

The casino has succeeded in making itself an island.  Food, entertainment, hotel, a little shopping.  Other than gasoline, there's not much reason to venture off property.  Who didn't see that coming?

Those who complain about the competition likely need to up their games a bit.

The casino does have some advantages.  Scale.  Legally getting away with smoking because the general assembly didn't have the onions to ban it.  I'm really surprised Mohegan Sun and the other Pennsylvania casinos didn't go for those pricey 24 hour liquor licenses.  Perhaps it is waiting for the cost to come down.

So, would I give Pennsylvania gambling a Siskel & Eber-esque thumbs up or thumbs down?  Hard one to decide.  A Newswatch 16 Investigation by my friend Matt Petrillo showed casino tax money really doesn't go where intended.  The smoking thing bothers me.  I wish Mohegan Sun had more overnight and early morning food options.