I Don't Get It 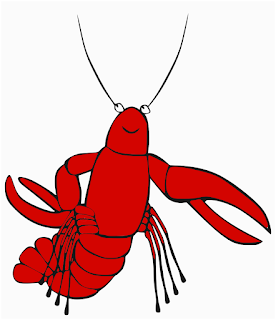 I will admit that I'm out of the mainstream on several topics.  Food is one of them.

I'm happy with the simple things.  Case in point, I had some time to kill before an appointment last week.  I found myself near a Burger King, so I treated myself to a time killing, but delicious Whopper (no mayonnaise).  It was my first Whopper in a long time, and I loved it.  It will be tough to resist the temptation to try another.

CBS News did a piece on lobsters last week.  There is a record supply.  There is also a record demand, so prices stay high.  No matter.  I'm not a lobster guy.  In fact, I think it's one of the planet's most over rated foods.  I tried it.  It wasn't bad.  I found no reason to have more.

I do enjoy shrimp, which is similar to lobster, and also very expensive.  Unlike lobster, shrimp doesn't need to be dunked in butter.

And while I'm on the food thing, what's the deal with salt?   There is sea salt, kosher salt, and a dozen other variations.  It all tastes the same to me.  I know the cheap stuff has needless iodine and anti clumping additives.  It's supposed to taste metallic when compared to the pure stuff.  I don't detect a difference.  Maybe all those years of drinking diet cola has burned off my taste buds.