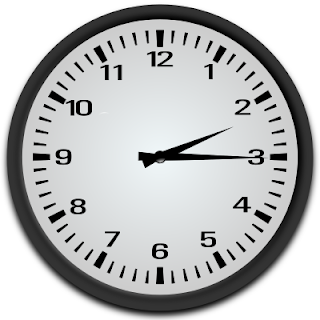 Patience is a virtue. I get that.  I understand that.

Having said that, doesn't it seem like it's taking a horribly long time to complete the Harrison Avenue bridge project in Scranton and the bridge project along Interstate 81 in the Pittston area?

I realize that both are still within the parameters announced by PennDot when both projects started.  Still, it seems like an eternity.

I've seen bigger projects completed in less time.  Yes, I do know that fixing a road like Interstate 81, while it is still open, is like changing a flat tire on a moving car.  Yet, I can't get over the fact that it takes a long time, a very long time, to get things done around here.

I went to a liberal arts school.  I'm a broadcaster, not an engineer or construction worker.  But, even I can see that there has to be a better and more efficient way.

Staying with our time theme of the day, I was talking with a neighbor the other day.  I've known this guy since kindergarten, and that's 50 years.  As he pruned a tree he severely cut back just a few years ago, we noted how quickly the tree grew back, and how quickly time has passed.  When we were in school, the time between the start in September, and the end in June seemed like an eternity.  Now, it passes in the blink of an eye.

And, I think I've reached a strange stage in my life.  When you work overnights, summers aren't fun.  They're filled with heat, noise, and bright light.  I tend to sleep better in fall, winter, and early spring.  As Simon & Garfunkel once said, "Hello darkness, my old friend."  I never thought I'd say this, but winters pass more quickly than summers.

No matter what the month, the pages of the calendar flip far too quickly.