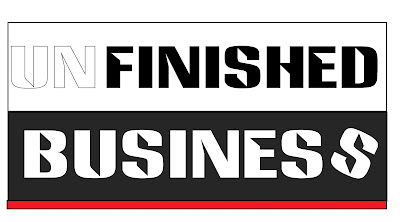 When I was recently whining about the seemingly slow progress of some local construction projects, I forgot to include Blakely Street in Dunmore.  Traveling through the borough is never easy, even on a good day.  Close one of the lanes of the main thoroughfare, and you have a nightmare.  On the bright side, it looks like it's almost complete.

By now, you've read another story on how Joe Paterno knew Jerry Sandusky was up to no good, long before his crimes were made public.  I really can't see how the pro Paterno forces can mitigate this.  There are two sides to every story, and Joe isn't around to tell his.  Still, you can't avoid the evidence.

Another NFL season is here, and that's always fun.  I still don't get "fantasy football" and my eyes glaze over when the topic comes up.  National radio networks devote a lot of time to it, so I dive for the dial.  However, if you enjoy it, have a great season.

Most of the Hurricane Irma reporting was responsible.  A few grandstanders were out with their "Hey, look at me" antics.  The storm had to hit the U.S. when some commentators tried to spin the recent rash of hurricanes into something political.  There is a time for that.  It's not now.

I do have to note that the networks have some fantastic big screens to help with their maps and their story telling.  Great technology.
AT 12:00 AM