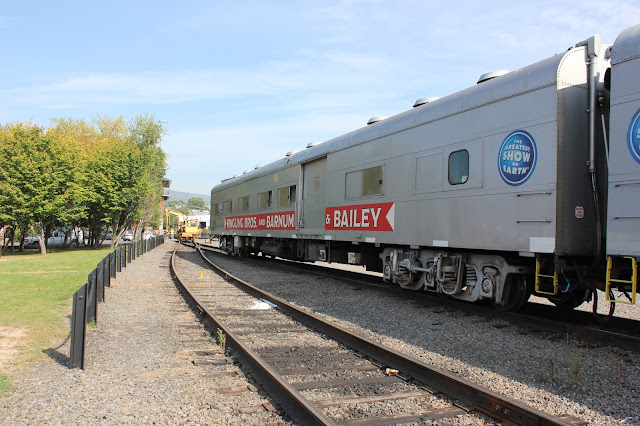 Whether those old days were good or bad is up to you.

Some rail cars that were once part of Ringling Brothers and Barnum & Bailey Circus now call Scranton home.  I caught them in the space between the Steamtown National Historic Site and the Electric City Trolley Museum a few weeks ago.

A Newswatch 16 story reported the cars were acquired by the Lackawanna Dining Car Preservation Society.  It grabbed two sleeping cars and an animal car.  They will preserved so future generations can get a taste of circus life. 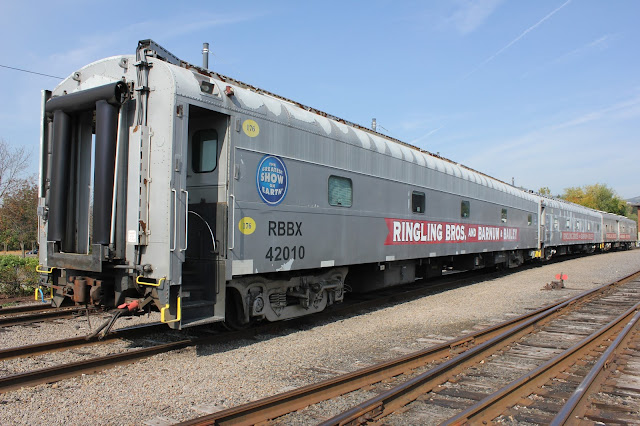 When you look at the cars, you can't help but think about all the people and animals that traveled from city to city, entertaining millions.  The circus was a big part of American life.

One thought dominated my thinking.  Even if the animals were well cared for, boxing them up and sticking them on a train was really no way to live.
AT 12:00 AM