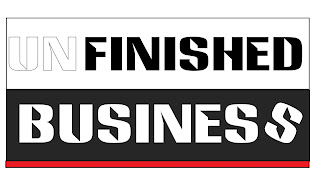 David Letterman's appearance on Jimmy Kimmel Tuesday night was an absolute delight.  It was a reminder of Letterman's quick wit and story telling ability.  Plus, it was nice to see Letterman and Paul Shaffer together again.  I was afraid the interview would be twenty minutes of politics and bashing the usual suspects.  There was one quick Trump reference, and that was it.  Good television!  I especially liked Letterman's entrance, and hearing the old  Late Show theme again.

I've noted here that even though, through the internet, I can listen to just about any radio station in the country, I still enjoy driving early in the morning, playing with the car radio, and picking up distant stations.  WBBM 780, an all news blow torch in Chicago is among my favorites.  Excellent product.  There are areas in and around Scranton where WBBM booms in like the tower is next door.  Anyway, WBBM is in the process of moving its transmitter.  The new tower is higher than the old, so there will be a drop from the 50,000 watts WBBM currently puts out.  The owner, currently CBS, says there should be no drop in signal strength.  I hope they are right.  That shot of news is always appreciated overnight, especially so on the drive to work.

I was web surfing and shopping for a new clock radio.  I saw a model I liked from a well known manufacturer.  I read the description.  FM, but no AM radio.  Pass.  Those in the radio business should be worried.  Clock radios go now. Are cars next?