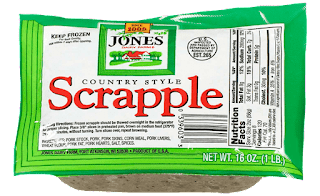 Former NBC and CBS News correspondent Roger Mudd turned 90 last week.  I don't think anyone ever knew Washington better.  Mudd wrote a book several years ago.  If you can find it, read it.

I hate driving in it, but watching and walking in fog is one of life's great delights.

The Philadelphia Eagles are world champions.  I'm still having a hard time wrapping my head around that.  It's like when the New Orleans Saints won in 2010 and Tampa Bay in 2003.

There has to be a better way of drawing up congressional district maps.

That fun "spring training" baseball feeling has yet to arrive.  I suspect it will hit when I see the first video from Florida and Arizona.

More than 3,000 LinkedIn contacts, and yet no one can explain what that site is really good for.

Can anyone make sense out of the stock market?  We all knew a correction was coming.  No one knew when, or how deep it would be.

Last week's National Pizza day was celebrated by throwing my favorite frozen variety in the oven.  Going out was impossible.  I had to be asleep by noon.

Why can't science get a handle on the flu?  I know it constantly morphs and changes.  It always seems that we can do better.

The long range forecast calls for above normal temperatures in the second half of February.  I'm okay with that.

Reynolds Wolf on The Weather Channel is one of broadcasting's underrated talents.