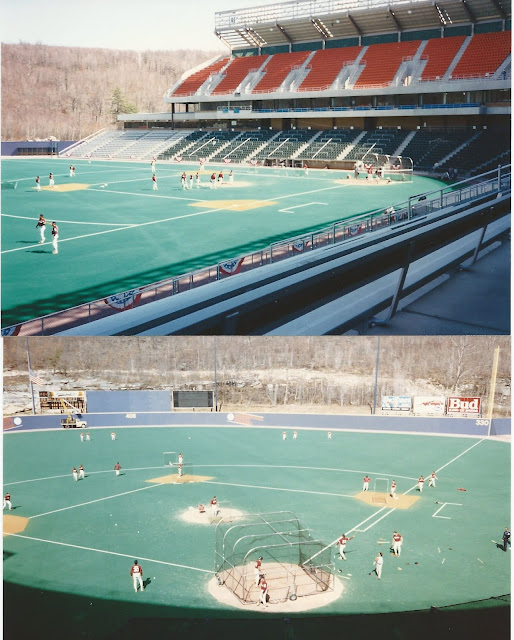 Lackawanna County Stadium opened 30 years ago last night.  The Red Barons played the first month of the season on the road because the stadium in Moosic wasn't ready yet.

Above are two photos I took on the evening of April 26, 1989.  It was a great day and night professionally, an awful one personally, and we will likely talk about that at a later date.

You couldn't get anywhere near that place for years.  Just about every night was a sell out.  NEPA loved baseball.  Eventually the rose lost its bloom.  The stadium got old-- fast.  It was a great design-- for the 70's.  People stopped coming.  the Phillies pulled up stakes and moved to Allentown.  The Yankees and new management came in.  There was a massive remodel, and that's where we are today.

I will fondly remember that opening night.