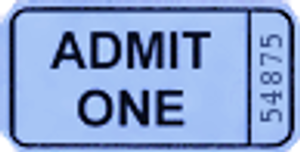 I had to visit a certain shopping mall the other day.  It's the one with an underground parking garage and a rather cumbersome ticketing system.

Parking is free, but you have to take a ticket upon entering the garage.  You get a second ticket when you're in the mall or one of its stores.  Upon leaving, you put the first ticket in the machine, followed by the second.  The gate goes up and you're out.  If you are at the mall for less than thirty minutes, all you need to do is insert the first ticket.  I always get the second as a precaution, even though I'm rarely there for more than a half hour.

Here is the fly in the ointment.  Mall management still has people at both entrances, keeping an eye on the operation.  It's a nice courtesy, but it also tells me that the ticketing is still balky.  I've had problems.  I've heard about others encountering issues, and I've also seen it first hand.

I get the need for keeping track of who is using the garage.  Eliminate the freeloaders.  But there has to be a better, simpler, and trouble free way of doing this.
AT 12:00 AM