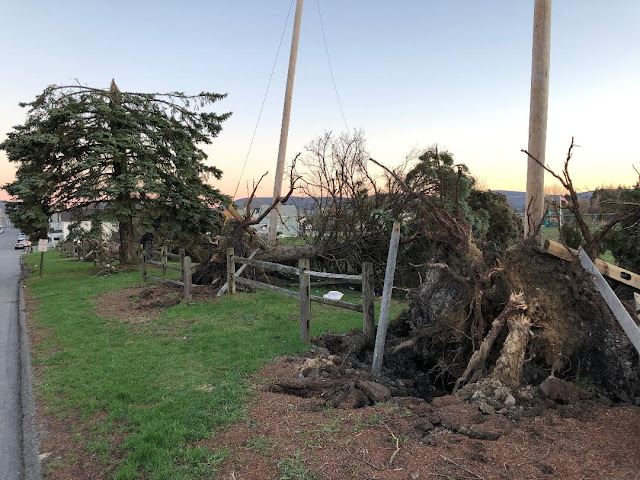 The only thing I know about trees and plants is I have no talent in growing them.

I've seen tons of storm damage over the years, including broken, toppled and uprooted trees.  This was the Tuesday morning scene at Sherwood Park in Dunmore.  The tree on the left had its top half snapped off by a fierce wind storm early Monday morning.  Obviously, the tree on the left wound up on its side.  The same goes for several others at the park.

I will always be amazed at how such large trees have such small root systems.

It's a nice park.   There is no doubt new trees will be planted to take the place of the ones lost during the storm. 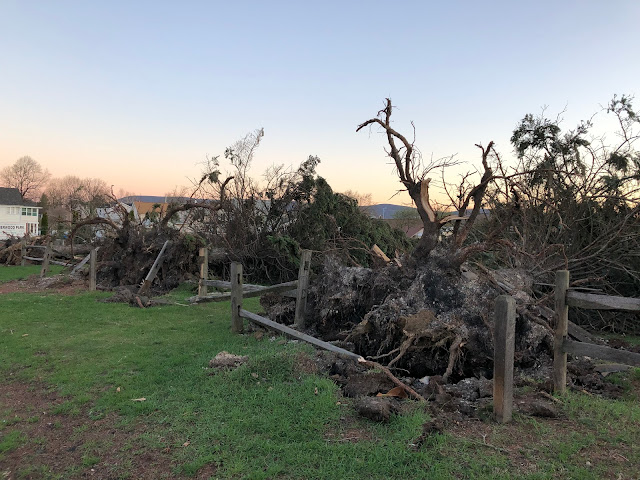 The National Weather Service determined a weak tornado swept through the Hill Section of Scranton and Dunmore, and I have to say I'm surprised.  All the Sherwood Park trees fell in the same direction.  There was none of that trademark tornado twisting.  It looks like there might have been some in the Hill, but I'm no expert.  From the NWS description, the tornado took more skips, jumps,  and darts than Arlen Specter's Magic Bullet in 1963.
AT 12:00 AM