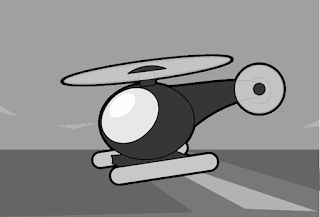 Retired basketball star Kobe Bryant and eight others were killed in a January 26 helicopter crash, and suddenly everyone is an expert on helicopters.

I am no genius when it comes to aviation, but here is my two cents.

I flew with Bob Gobla and Scott Butler at WYOU.

I flew with Dave Frey and Randy Freeman at WNEP.

I flew in a stunt plane for a WNEP story, and I flew in a Vietnam era National Guard helicopter for another story on WARM.

If I didn't feel safe, I wouldn't have done any of it.

I've had flights where we got knocked around in the wind.  Visibility was fine.

The only time I was a little nervous was one Monday, when rain forced a postponement in a Pocono race from the day before.  The reason for my anxiety was other air traffic over the track-- three other helicopters.  Air traffic controllers gave each of us an individual altitude, and as long as no one strayed, we would all be fine.  We were.

I will admit to being considerable relived when our noon broadcast was over and we were heading back to the pad at the station.

The bottom line-- quit speculating, and let the experts do their jobs.