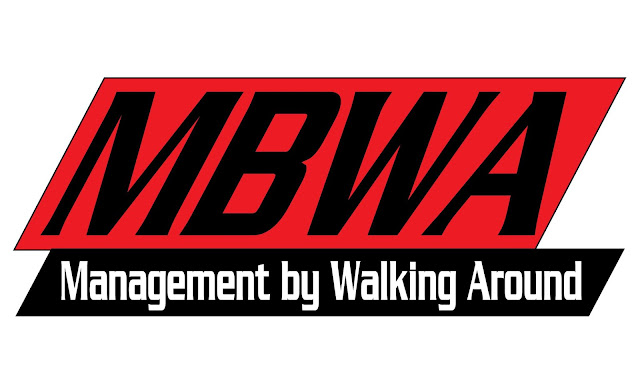 I haven't done an MBWA entry in a while, so it's best that I get you up to speed.

Walmart founder Sam Walton used to have a sign in his stores, near the manager's office.  It said simply "MBWA."  It stands for management by walking around.  Walton wanted his managers out on the floor, seeing what works, helping customers, assisting employees, etc.

I've adopted some of that on my daily travels through the universe.

I was on my way home from the gym yesterday morning, and it was apparently trash day in the neighborhoods I traveled through.  Three things jumped out at me.

The first is something I've mentioned before.  Northeastern Pennsylvanians love their pizza.  Just about every home had pizza boxes out for the trash or the recycling.

The second, it's clear that a lot of stores had television sales in advance of Super Bowl Sunday.  At least one home on every street had a new television box out with the trash.

The third kind of stunned me, but in reality, it shouldn't.  It was the amount of Amazon boxes at curbside.  The company appears to have a stranglehold on American commerce, and I will admit to being part of that.  It's not difficult to understand why Macy's is struggling, why Sears/KMart is circling the drain, why malls are empty.  People love Amazon.  I've found its prices to be average, but you can't beat the convenience.