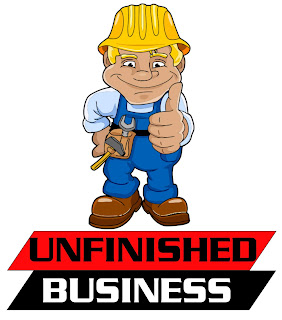 It's a day when a few previous blog topics need to be revisited...

I went off on tobacco Monday.  Later that day, Rush Limbaugh announced he has advanced lung cancer.  The man was a cigar fan.  I say "was" because I assumed he stopped smoking after the diagnosis.  As I have said here before, whether or not you agree with Limbaugh's politics, he is a skilled and entertaining broadcaster, and I'm sorry he is sick.  I still have no idea how American society and government tolerate a product that has killed so many, and has cost our economy trillions in lost productivity.  If a mouse gets a tumor from red dye, it comes off the market.  Tobacco skates by.

More thoughts on Rush Limbaugh in the days to come.

I picked the San Francisco 49ers to win the Super Bowl over the Kansas City Chiefs.  Wrong. Well, I was actually right for three and a half quarters.  I will always take the team with the better defense, in this case, SF.  I didn't see that collapse coming.

As is my habit, I did not see one second of the game.  It was on TV when I got to work Sunday night, but I was too busy to look up and watch.  Even if I had the time, I probably wouldn't have watched.  I can't think of a Super Bowl I cared about less.  I'm assuming I'll break my record next year.  TV ratings climbed a bit over last year.  I'm sorry I didn't help.

Some felt the JLo/Shakira half time show wasn't family friendly.  I didn't see enough of the clips and replays to judge.  It looked like it might have been over the top.  That's up to you to decide.

In a Super Bowl commercial, Mr. Peanut died and was reborn.  There was considerable weeping and wailing here in our area because Planters Nuts started in Wilkes-Barre.  My friend, the Prospector on Rock 107 got this one right.  He said we shouldn't care because Planters abandoned Wilkes-Barre, and still does nothing for our area.  It's time to move on.  Amen.

Pete Rose is seeking reinstatement to Major League Baseball.  He feels he should get a break because the cheating Astros got off comparatively easy.  No.  Never.  Ever.  If Rose gets back in, it will be like when my team, the Steelers, signed dog killer Michael Vick.  I'm out!  I'm done!  Finished.

I've often said the first four years of MASH were among the best shows ever on television.  One of the people responsible, Gene Reynolds, died this week.  96.  Reynolds also helped put "Lou Grant" on the air-- a solid show and I really admired how the producer took a character from a comedy and turned it in to an outstanding drama.