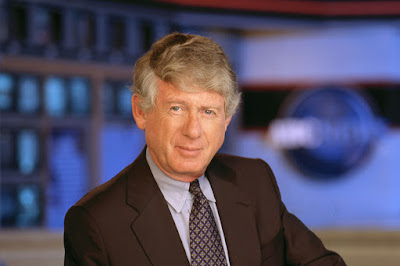 I'm a few days late on this one, but this week marked the 40th anniversary of the ABC News broadcast "Nightline."

The program actually started late in 1979, as special reports on the Iranian Hostage Crisis.  The ratings were solid.  ABC wanted to keep an 11:30 PM broadcast, and have the flexibility to cover other topics, so "Nightline" was born.

Ted Koppel had it for its first 25 years.  He was the right guy at the right time.  Koppel is great at live TV.  His interviews were clear and concise.  The man knows how to ask the right questions and get to the point.

When the history of television is written, there is no doubt "Nightline" will be listed as one of the gems.
AT 12:00 AM