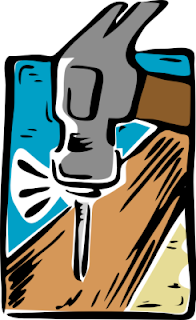 Nashville was hit by a couple of tornadoes Thursday morning.

I saw the news as I looked at my phone over breakfast.  It was 4:40 AM.  The tornadoes hit about two hours prior.

I Googled "news radio Nashville" and found a station.  The plea went out.  "Alexa, play W***."  She always listens.  Alexa likes me.  After five minutes of commercials, what did I hear?  The syndicated overnight radio loon talking about Bigfoot, the end of the world, Martians and UFO's.

This was a time for radio to shine, but the lights were out.  I hope the radio station got its act together for morning drive, but it was too late for me.  I was gone,  and I wasn't coming back.  I have a feeling I wasn't the only one.

Yet another nail in the radio coffin.

And there's more.  A station in Lamsdale is going out of business.  Below is a release from management.


“The people of Montgomery and Bucks counties have trusted WNPV for fast, honest and reliable news from their neighborhoods for the last six decades, and it’s a responsibility we’ve never taken lightly,” said Hunt. “We are grateful for the support of our loyal listeners, the belief of our advertisers and the commitment from our talented team. It has been an honor to serve this community.”
WNPV will continue to air regular programming through April 30. The future of the AM 1440
and FM 98.5 frequencies, as well as the station’s license, is not yet known.

I've long felt the AM band is too crowded, but WNPV appeared to be a station providing services to its community.  Those are the kind of stations that should stick around.

And while I'm piling on, I came across this paragraph on a radio industry web site.  By the way, I do realize that phones and smart speakers perform radio functions.  Still, it's tough to type through my tears.