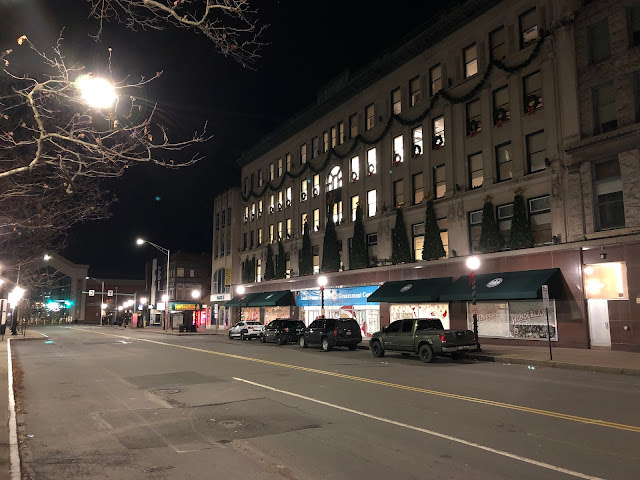 The Scranton Times had an interesting editorial Sunday morning.  Lackawanna County is making some changes at its Wyoming Avenue, Scranton office building, formerly The Globe.  It's putting more services on the first floor so people don't have to go throughout the building, potentially spreading the coronavirus.

The Times wants the county to go a few steps beyond, like make the Globe something more attractive and functional.  It does appear the conversion from department store to office building was done on the cheap.  This was a Christmas time photo I took of the outside.  The inside is considerably less attractive, and that's putting it mildly.

Below is a photo I took of the Penn Avenue side, which is even worse. 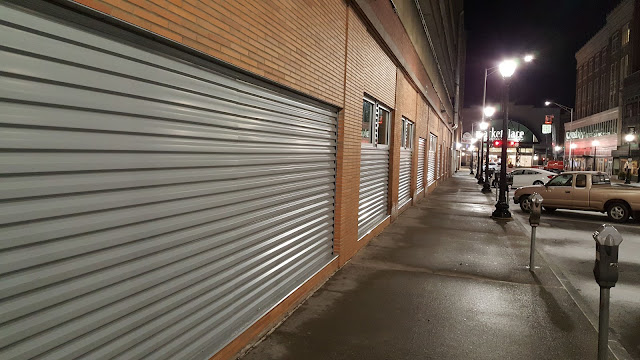 I understand the need for cost effectiveness.  This was an expensive project to begin with.  I also get the need for security and to maximize space.    The inside is a lot of  drywall partitions, and is not visually interesting and appealing.  It's not a "welcoming" building.

Full disclosure:  I thought moving in to The Globe was a decent idea.  No one was ever going to use that building and the county bit the bullet.  The old county office building, on Adams Avenue is being converted into a mixed use building, including apartments.

Bottom line:  this could have been done much better, but I don't think the taxpayers can afford a "do over."
AT 12:00 AM