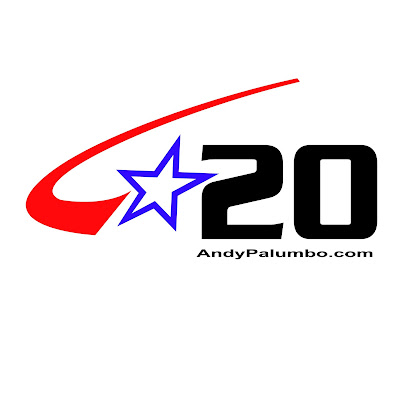 At this point, it's probably safe to say Joe Biden will be the Democratic presidential nominee.  It was another string of wins last night, including the big one in Michigan.  Bernie Sanders has problems in the south.  He has problems with minorities.  The "Socialist" tag scares a lot of people, but here, in my view, is what put Biden over the top.

There were serious fears that Sanders at the top of the ticket would hurt house and senate candidates.  It seems the Democrats can deal with a Republican in the White House.  Both houses in Republican hands is more than the Democrats can take.  When they realized that, the big names and the big money started lining up behind Biden.

Locally, one of the signs appeared in a recent edition of the Times~Tribune.  Senior citizens gave a local Democratic congressman an earful at some of the things being kicked around in the Democratic party in general and Bernie Sanders in particular--especially when it comes to health care.  Senior citizens vote, and when they talk, politicians listen.

To be honest, I'm surprised Sanders made it that far.  I thought the recent heart attack would gave voters cause for concern.  Could a 78 year old with a bad heart stand the stresses of the White House?  I marveled at his energy and enthusiasm.  I didn't think it came across in his podium speeches, but in interviews, Sanders showed charm and humor.  Sanders and his people need to be heard.  It will be interesting to see what influence, if any, they have on the party's platform.

So, what analysis of Joe Biden's winning streak can be offered here?  He's a known choice, a solid choice, a safe choice.  He has the name and face recognition, and I think people generally like him.  "Like" doesn't necessarily translate in to votes, but it doesn't hurt.  It's amazing how his campaign went from disaster to presumptive nominee in a month.  Biden has always been prone to gaffes.  Some see that as part of his charm.  Others think it is the potential for disaster.

Joe Biden's "nice guy" act plays well in some circles, but this will be a bruising and expensive campaign.  It's just beginning.
AT 12:00 AM