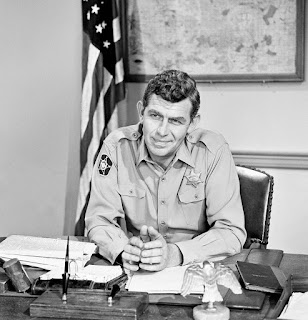 I really think there is an episode of "The Andy Griffith Show" playing on some cable channel, somewhere, 24/7.  You can see it in the morning, the evening, and the overnight.

The show went off the air in 1968 and it was at the top of the ratings at the time.  Reruns immediately followed.

It's not difficult to understand why Andy was popular, then and now.  It was a pleasant escape-- a look at simple and basic small town life.  Cute stories.  Great characters, with steady as a rock Andy right in the middle of it all.

I was too young to realize it at the time, but watching the show in the 60's was a nice way for America to have a temporary escape from a tumultuous time.