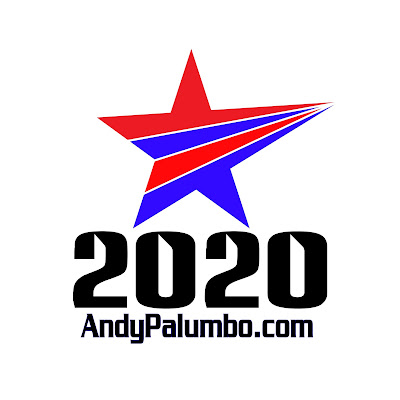 It's been a week since the Pennsylvania primary and it's finally safe to say Jim Bognet captured the Republican nomination for congress in the 8th district.

Bognet spent big on TV, and he had to.  There wasn't much name recognition going in to the election.  The candidates that were better known, former Hazleton Mayor Mike Marsicano and Earl Granville didn't do all that well.  Granville finished third and Marsicano was way back in the six candidate pack.

I'm a little surprised Granville's campaign didn't catch fire, although he did do well in the northern part of the district.  His "Trump-tard" comment didn't help.  Note to future candidates:  do not bad mouth fans of the face of your party.

So, where does this leave us going in to the general election?  Bognet is from Hazle Township, Luzerne County, a Trump County in 2016.  The Democratic incumbent, Matt Cartwright, is from Moosic in Lackawanna County.  A little red flag is rising here.  Our friends at the Scranton Times~Tribune repoirted that Republican registrations in Lackawanna County have inched up.  Democrats are still the vast majority here, but it's something to watch.

Bignet has a lot of work ahead of him.  His biggest task will be uniting the party after a bruising primary.  He especially has to mend fences with the supporters of the second place finisher, Teddy Daniels.  He did well, in spite of not spending big on media.

Party solidarity is huge.  President Trump received 94 per cent of the Republican votes last week.  Joe Biden had the support of 75 per cent of his party.  Will those lukewarm on Biden stay home election day?

Expect Bognet to make his race a referendum on Nancy Pelosi and Chuck Schumer, as much as it is on Matt Cartwright.  Similarly, expect Cartwright to run against Trump as much as Bognet.

I don't know who did Bognet's media for the primary, but the TV commercials were very good.  Expect more in the fall.  Cartwright had no opposition, and was able to save his campaign money for the fall.

And then, there is the money.  A lot will depend on whether the Republican National Committee sees this as a "winnable" race and spends here.  Politico.com has the district as "leaning Democratic."  The same goes for 270towin.com.

A wild card will be the involvement of political action committees, and how much they are willing to spend.

Get your popcorn.  Fasten your seat belts.  This one should be interesting.