I've done a lot in broadcasting over the last forty years.  One of my favorites was a freelance assignment for WYDC TV in Corning, and it used to happen every year at this time.

Corning has a very savvy downtown promotion arm.  Downtown is referred to as the Gaffer District.  Every year, on the Thursday before the NASCAR race at Watkins Glen, Market Street would close.  Food tents and trucks could come in.  There would be a few NASCAR cars and their drivers, vendors, music, entertainment, etc.  It was fabulous fun.

The Corning TV station would hire me to do live and taped little cut ins throughout the evening.  WYDC has its offices right in the middle of Market Street and we would just run cables out the front door.

What helps me remember is the annual Persied meteor shower always took place during Race Fever night.  Plus, it was always blazingly hot.  This is Persied week. 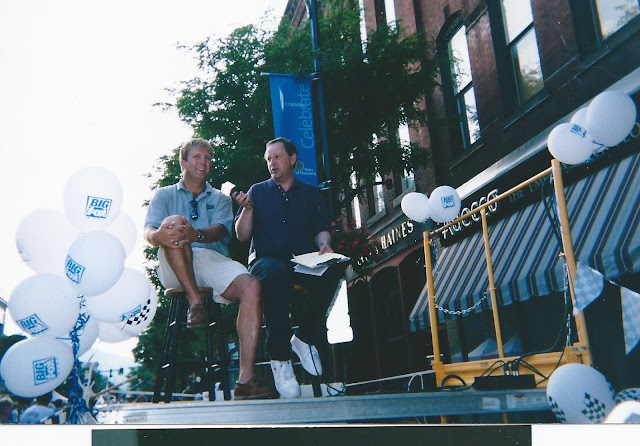 That's Sterling Marlin and I.  I'm not sure of the year this was taken, but it had to be the late 90's or early 00's.  He made yearly appearances and was always unfailingly polite and professional.  I loved talking with him. 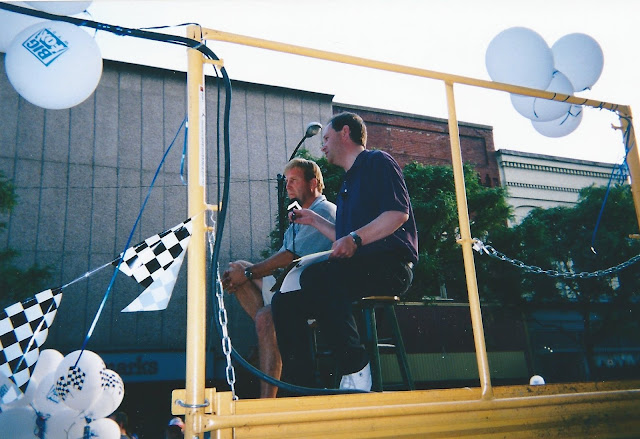 I've encountered a lot of athletes over the years and NASCAR drivers were always the most open and accessible. 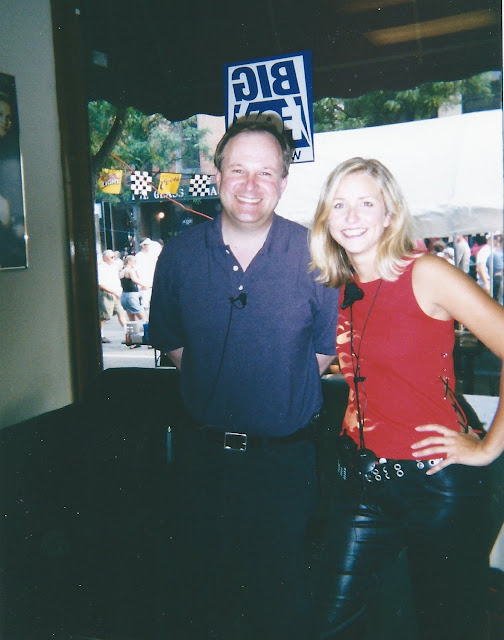 Of course, television is a team effort.  Above is a photo of producer and photographer Jen.  This is the woman who really helped make things happen.  I would blow in to town the day before Race Fever and everything would be ready to go-- our broadcast times, information packets, suggested topics.  I think Jen had the answer to everything I ever asked.

Jen is still in radio and television in the Ithaca and Corning areas.  She's started a family and we are still in touch.