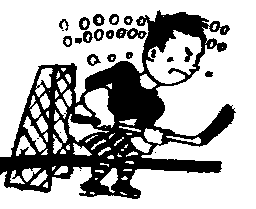 The great Tom Snyder used to say that sooner or later, the door of the penalty box always swings open.

It appears to be Bill O'Reilly's turn.  FOX News dumped him after some serious and disturbing allegations regarding the mistreatment of staffers.

The O'Reilly road to redemption goes like this.  He started a 15 minute radio show a while back.  It goes along with the video and podcasts on his web site.

And there's more.  O'Reilly is due to start a daily radio show on New York's WABC this fall.  You know syndicators, networks and other radio stations will keep a close eye on the ratings.  I smell an expansion in the future.

Bill O'Reilly had a daily two hour radio show for several years.  Unfortunately, it was scheduled against Rush Limbaugh and the show never really gained a lot of traction.  O'Reilly gave it up to concentrate on his nightly television show.

I don't want to sound insensitive, but Rush Limbaugh is battling cancer.  So far, he looks and sounds fine, and I hope his fight is successful.  Still, there are a lot of stations there looking to the future.

Is Bill O'Reilly that future?  Will advertisers buy time on his show?

Regardless of how well he does on WABC, he will always be under a cloud.

Will America require Bill O'Reilly spend more time in the penalty box?
AT 12:00 AM