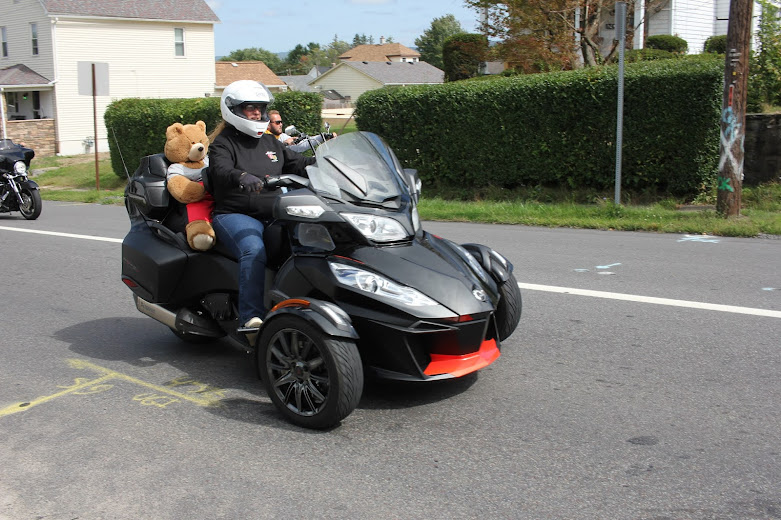 When I go out to photograph something, especially an "event" like the SGT Jan Argonish Memorial Motorcycle Run September 13th, I always blow off several shots on my camera's "automatic" setting.  That's so I know I'm coming back with something I can use.  After that, it's time for experimenting and learning.
I positioned myself near the intersection of Dunmore and Sanderson Streets in Throop, so I knew I would have a long run of motorcycles coming up a hill.  I shared some of those shots yesterday.
Today, it's the experimental part of the trip.  Some things worked.  Some didn't.
The first photo today is an attempt at a bit of whimsy.  First, it's a cool bike.  Second, the bear in the back really catches your eye. 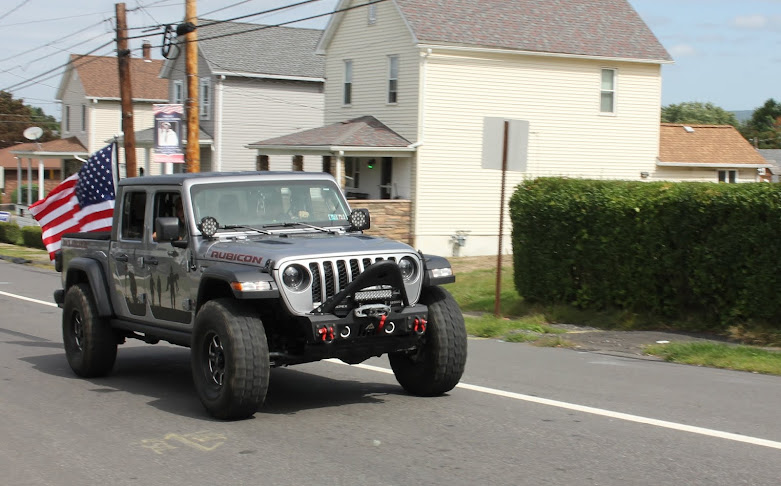 The second shot is a Jeep pick up, with the American flag waving from the back.  Yes, the sharpness could be improved.  The framing could be a lot better. 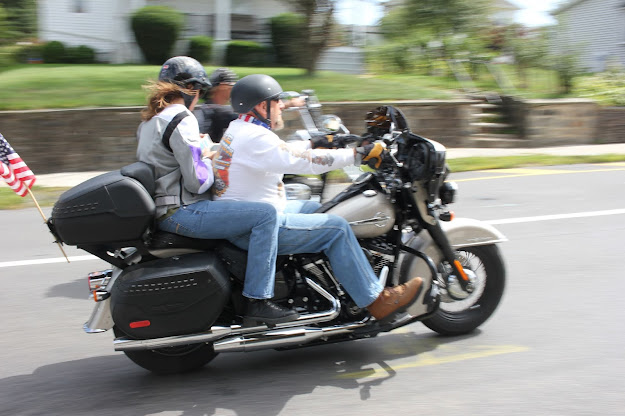 I'll be kicking myself over the last photo for a while.  I was experimenting with the panning technique-- moving my body and the camera along with the motorcycle moving up the street.  The goal is to get a sharp bike with a blurry background.

I did get the background blur.  The back of the bike is in focus.  The rest is weak.

Upon further review...  I used a shutter speed of 1/80.  I should have gone up a few notches, but a former newspaper photographer told me I could have gone slower, if my panning was more in tune with the bike.

I also used a 24mm prime lens, not the fastest focusing lens in my bag.  I used it because I was relatively close to the street and I needed something with a wide angle

For a first time, it could have been worse.  I think I showed enough promise to keep trying.  That's part of the fun.