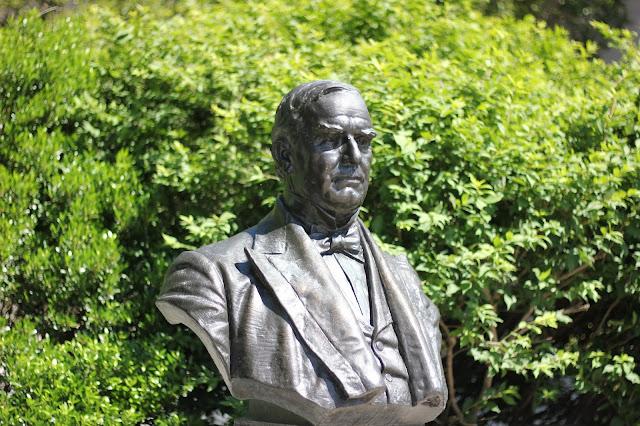 Tomorrow marks the 119th anniversary of the death of President William McKinley.  He was shot in Buffalo.

This is the McKinley bust outside of the federal courthouse on North Washington Avenue in downtown Scranton.

Once again, I was using a statue to work on my blurred background skills.

In case you're wondering, there's a McKinley statue in Scranton because he signed the legislation creating the middle district of Pennsylvania, with its main court location in Scranton.  For years, the bust was tucked away in a courtyard.  Now, the president gets a perfect view of what's happening along Courthouse Square and North Washington Avenue.
AT 12:00 AM