Labor Day and a Thief 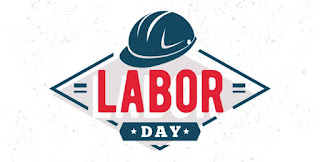 Labor Day is one of my favorite holidays of the year.

First, it celebrates the American worker, and there are plenty of efforts that need to be saluted in 2020-- health care workers, truck drivers, supermarket employees, restaurant workers, police, firefighters, sanitation workers, and everyone else considered essential this year.

As for me, I like Labor Day because it signals cooler days and quieter days because all the kids are back in school, at least they're supposed to be.  The nights are longer, too.  It's a nice manageable amount of day versus night.  Football is starting, and in a normal year, it's pennant races in baseball.

I can't say I always liked Labor Day.  As a kid, it spelled dread because it meant back to school.  Yes, I went to school in the days when classes started AFTER Labor Day.

Please, think about the meaning of the day a little more than usual this year.
Former Cub and Cardinal Lou Brock died yesterday.   It's funny.  I was thinking about Brock just the other day.  For a few years, Brock advertised something called the Brockabrella.  It was a combination of cap and umbrella.  I don't know why that particular device popped in to my head.
Anyway, at one time, Brock held the single season base stealing record, only to have it eclipsed by Rickey Henderson.  I always considered Brock to be the superior base stealer.  The reason?  He was more selective.  Managers gave Henderson the green light to steal, any time, all the time.  Of course, if you run all the time, you're going to get the record.
Lou Brock had a variety of health problems over the years.  He was 81.
AT 12:00 AM