I started the year with the goal of upping my photo game.  There are some new lenses in my bag, and I have watched dozens of "how to" videos on You Tube.  Some have offered some really great advice. 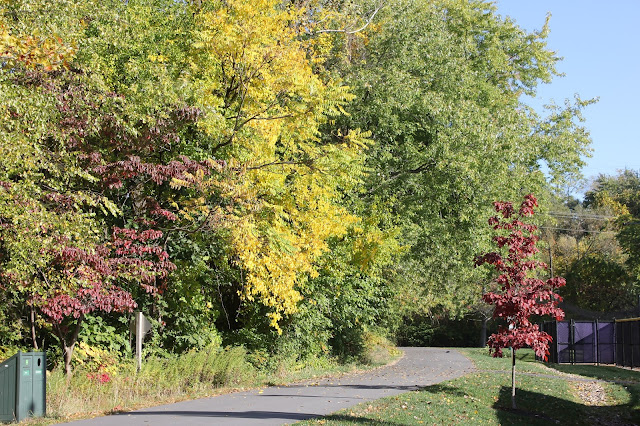 The "old" me would have been satisfied with the photo you see above.  It's a shot of the Lackawanna Heritage Trail near Broadway Street in south Scranton.   Although, I would have cropped out the trash can on the left!  I took it Wednesday morning. 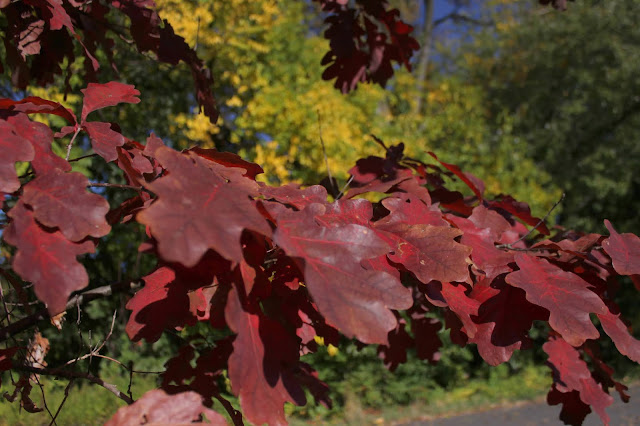 The "new" me, while not always succeeding, attempts to do things a little differently. 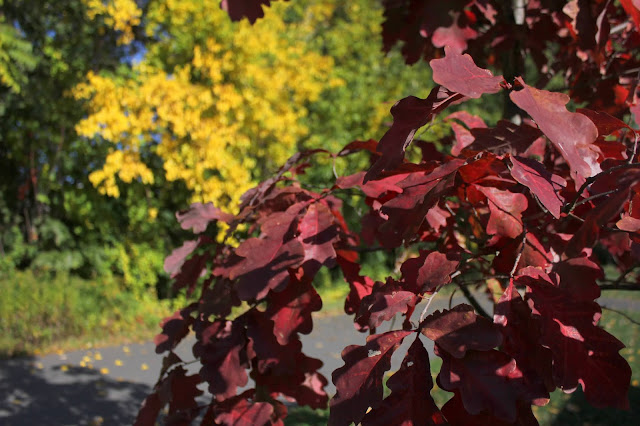 Get close to the red tree, which is on the right of the first photo.  Keep the leaves sharp.  Blur the background.  Again, it's not an award winner, but it is a different way of doing the standard "fall foliage" shot. 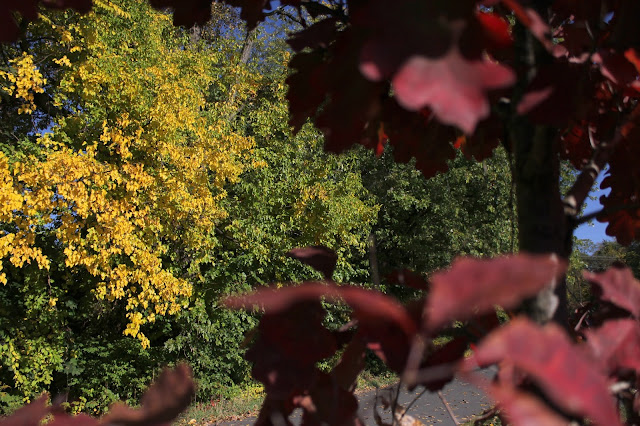 Of course, you can do just the opposite-- blur the red tree and use it as a frame.  Focus on the green and yellow on the other side of the trail.
Keep in mind, all of this was done by done by a weak skilled amateur, and with the kit lens that came with the camera.  Believe me, it's not that hard.  It's okay to shoot the same thngs, but just find a different way to do it.
In case you're interested, I shot on Av, with the camera opened up to 3.5-- and that's the max for the kit lens I used.