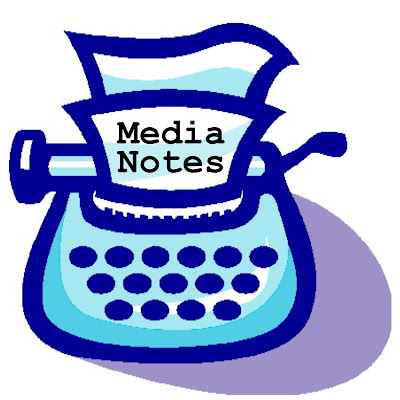 Friend and former coworker Phil Yacuboski, now with WBAL in Baltimore, landed an interview with Dr. Anthony Fauci just before the start of the new year.  Great work, Phil!

I still haven't found any streaming service that is worth paying for.

I still haven't found any new dramas or comedies that entice me to become invested.

ABC has added more prime time game shows, and that warms my heart.  Here are a few brief thoughts on "The Chase."  It's a great game with a dazzling set.  However, the GSN version was much better.  Brooke Burns was a better host and Mark Labbatt was an infinitely better chaser.

I wonder how and if the news media will change now that there is a new occupant of the White House.

Few TV series went from great to awful as quickly as "Newsradio."

"All in the Family" recently marked the 50th anniversary of its CBS debut.   I respect the groundbreaking nature of the content, and loved it back then.  I can't watch it now.  It's just 30 minutes of people yelling and I just don't find it to be funny.

It was record low ratings for the Alabama/Ohio State national championship game.  First, it was a bad game.  Second, like most sports, it just didn't feel like a real season.

This deserves an entry unto itself.  After all, the expansion of television news was the subject of my 1983 college thesis.  This is a landmark day in morning television news history.  It's the 40th anniversary of the Reagan inauguration and the 40th anniversary of the release of the Iranian hostages.  Television news executives, working on the day's coverage,  were out of their ivory towers and up early on this day 40 years ago.  They noticed how many "working people" are up well before sunrise, and the morning television news expansion really started to roll.  And now, you know the rest of the story.

Betty White turned 99 Sunday.  Never afraid to do game shows, even though many viewed them as the last stop on the career express.