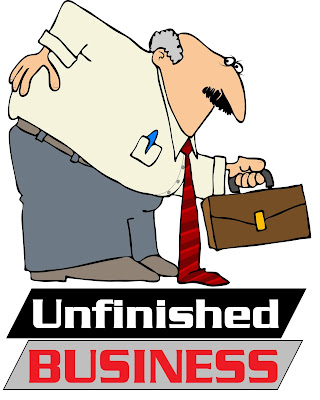 I established Monday that I am not a huge Larry King fan.

So, who do I consider the best interviewers in the business?

Well, there are two types.  The first is the long form, unedited type, like Larry King was.

The other type is the journalists who do interviews, but select the best parts for their profiles, like what you see on "60 Minutes."

Mike Wallace makes both lists, for his old "Nightbeat" program, and then again on "60 Minutes."  Remember, Mike Wallace is the guy who had the onions to ask Ayatollah Khomeini about someone calling him a "lunatic."   I strongly recommend finding the documentary "Mike Wallace Is Here."  There is no new footage in it, but documents the career of a giant.

If you want see how a magazine show celebrity profile is done, check out Morley Safer's piece on Jackie Gleason.  It's on You Tube.  Every second, every frame, every word is fascinating.  The same goes for Wallace's piece on Johnny Carson.  Barbara Walters knew how how to get news out of people, namely Jimmy Carter, Fidel Castro, and Anwar Sadat.

As for the people who had a half hour or hour of TV or radio time, Tom Snyder makes my list, even though he occasionally ventured in to the "it's all about me" territory that I despise so much.  Ted Koppel made the early years of ABC News "Nightline" must see TV, and what made Koppel especially noteworthy was his ability to juggle interviewing a few different people at the same time.

Howard Stern is in a class by himself.  Fearless.  Stern has an advantage the others do not.  He spent a good part of his career on satellite radio, where there are no rules.

What about David Frost with Richard Nixon?  Landmark stuff.  But then again, how do you miss with Nixon, one of the most fascinating people in American political history.

Many people will put Oprah Winfrey on their lists.  Honestly, I never watched her enough to form an opinion.

It's a pity Charlie Rose self destructed.  He could get the big names, and he knew how to handle it when they sat at his table.

As has been said many times, many ways, there is no magic formula to doing a good interview.  Ask questions.  Be prepared.  The most important thing, and the part most often overlooked, is LISTEN TO THE RESPONSES.  The business these days has some good questioners, but poor listeners.  It makes a difference.  It really does.