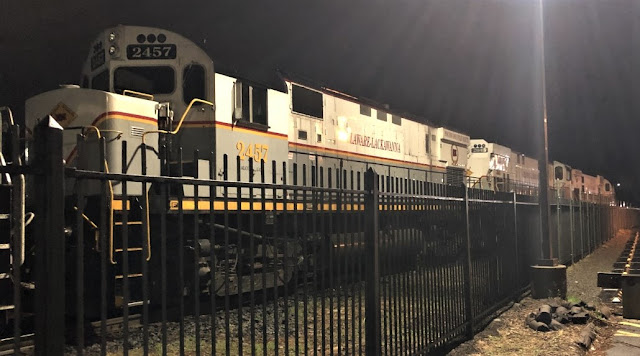 If you're going to start a weekend with a train, you might as well end it with one.

This engine, and others like it, are frequent sights around the Scranton area.  It's the D&L grey, and white color scheme, with red and yellow accents.

Like yesterday's engine, it was parked behind the Intermodal Transportation center in Downtown Scranton.  The shot was taken around 2:00 am.

The engine was running.  It's easier to keep it turned on than restarting.  Part of my fascination with trains is the mystery-- where has it been, where is it going, what has it hauled, what's in its future???

I'll keep shooting, and wondering, as the trains keep rolling.