Andy's Angles: Better Than Nothing 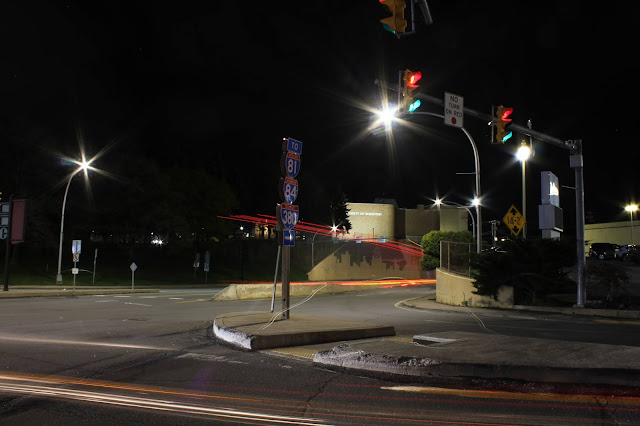 A couple of weeks ago, I had the misfortune of trying to get some light trail shots, at a busy intersection, during an un-busy time.

As you can see from the high and low lights, I caught a truck turning from Jefferson Avenue on to the Central Scranton Expressway.  Another vehicle was passing in front of me, heading toward Lackawanna Avenue.

Two vehicles are better than nothing.

And, there is one minor victory.  I managed to get a starburst effect from the street lights, which is simply achieved by choosing a small aperture.