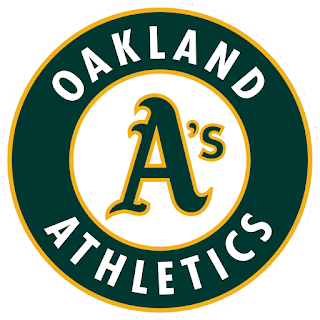 I first became interested in baseball in the late 60's and early 70's, when the Oakland A's were doing well, and they became my team.  Yes, I might be northeastern Pennsylvania's only Oakland fan.  I will admit, as I've aged, my fandom isn't as rabid as it once was, but I do check the scores and standings most days.

The A's have played in the Oakland Coliseum since moving west in 1968, a stadium they had to share with the NFL's Raiders for a long time.  It ended when the Raiders moved to Las Vegas.

The A's have been trying to get a new stadium for years, but the team, its ownership, government leaders in northern California, the state of California, and the San Francisco Giants could never get their act together.  Yes, the Giants are involved because that team controls territorial rights in that part of NORCAL.

So, for years, the team played in a dump.  Chicken and egg.  Is there a lack of fan support because of a bad stadium, or is the lack of a good stadium due to weak fan support?

Regardless, the bungling Major League Baseball commissioner has given the Athletics permission to start looking at moving to another city.

Where?  Las Vegas comes up most often.  115 degrees on a summer day.  You need to build a very expensive dome.  Portland?  Too close to Seattle.  Nashville?  Maybe.  Charlotte?  It has problems supporting a minor league team.  Montreal?  How did that work out the first time?

At this point, anything is better than Oakland.