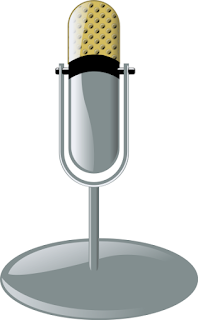 Outside of this silly little blog, I'm really not good at talking about myself.  Yes, I know that's rare for a broadcaster.

My message app pinged last week.  It was The Prospector, who does mornings on Rock 107.  He and I are old friends.  We worked for the same radio company, but on different stations, in the 80's.  We went to Marywood at different times, so those who wear the green and white stick together.

Anyway, Prospector is starting a podcast and he asked if I would be his second guest.  I agreed, and after WNEP management approved, we settled on a Thursday afternoon recording time.

As much as I like Prospector, dread set in Thursday morning and it grew worse as the day progressed.  Would I be interesting?  Would I say something stupid?  Would there be a slip that would land me in hot water with America?

I worried for nothing.  Prospector is a good interview,er and he already knew the answers to the questions before he asked them, like a good lawyer.  I think some old background things did surprise him a little, the history of me.

The 45 minutes flew by and I had a lot of fun.  I love talking about my old radio days and I can do that endlessly.

I've considered a podcast of my own, but until I come up with a really good idea, it remains on the back burner.

If you're a regular blog reader, nothing you will hear will surprise you.

My podcast appearance is tentatively scheduled to drop, as the kids say,  June 11.  I'll provide a link and I'd appreciate it if you gave it a listen.